Upgrading their squad of smartphones by popping up a new handset with huge display under it’s most prodigious series of Smartphone known as, “Canvas” by introducing, “Micromax A72 Canvas Viva” in the Indian market. To facilitate the budget buyers it will be made available at a budget friendly price tag. 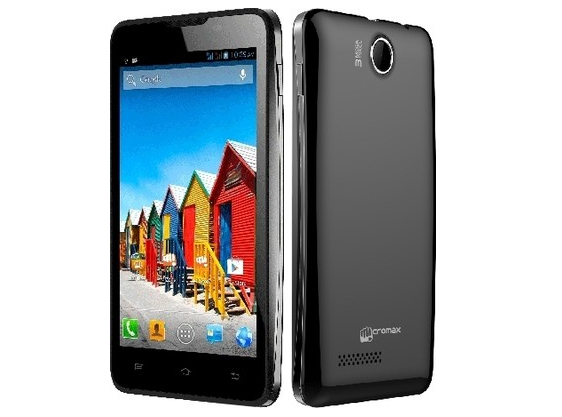 Micromax Canvas has been one of the most popular series by the company amongst the Smartphone arena in India which is quite visible from their two flagship models ie. “Micromax Canvas A110 and Canvas HD A116″ those are making virtue under their respective price tag. To continue with their Canvas series legacy, they have added this new smartphone with huge 5” display yet very tight on price.

Shifting the shaft towards this new element in the line up and specifying it’s specifications in terms of frame up, Micromax A72 will sport a huge display screen size nearly 5 Inches WVGA capacitive touchscreen display with 480 x 800 pixels resolution. Some of the other display features includes Pinch to Zoom and multi-touch facility. However, this device will be launched under Canvas series though it does not packed up with such high specifications as we see in other devices under the same label. Dealing with it’s Platform dependency, this device will sail on Android v2.3.6 outdated Gingerbread Operating System powered with a Single Core Processor clocked at 1GHz. In terms of Dimensions, Micromax A72 will weighs nearly 186 gms and measures 142.8 x 76 x 10.6 mm in dimensions. Briefing it’s Photography Specifications, Micromax A72 Canvas Viva will support a primary camera rated at 3 MEGAPIXEL and a secondary camera rated at 0.3 MEGAPIXEL with video recording. Some of the other camera features include Zoom level up to 4x, Multi-shot Mode and a Night Mode.

Enumerating the device Storage Specifications, Micromax A72 Canvas Viva will hold 256 MB of RAM, 512 MB ROM, 110 MB of Internal memory which can be expanded up to 32 GB via micro SD card slot. In terms of Connectivity support, Micromax A72 will support GPRS ( Class 10 ) with EDGE connectivity, WiFi 802.11 b/g/n, WiFi Tethering, WAP, USB, Navigation Technology with Google Maps, Bluetooth v3 Supported Profiles (FTP, A2DP, OPP), it does not support 3G which can be a biggest drawback as most of the handset launched by other manufacturer provide 3G connectivity support in their devices. This Device also support Dual Sim with Dual Standby feature ( GSM + GSM ).

Some of the other pre-loaded applications include Resizable Widget, Bookmarks, Google Play Store. To make the life going on for this handset, it is expected to be equipped with a high capacity 2000 mAh of battery with 7 hours of talktime. However, the price are yet to be disclosed and as per our assumption it could be available at price tag of Rs. 6000 or less.