Another fire from the arena of Smartphone’s by one of the leading domestic manufacturer in the country,”Lava Mobiles” has launched a new successor in it’s premium series of Smartphones by introducing,”Lava Xolo X1000″ in the Indian market. 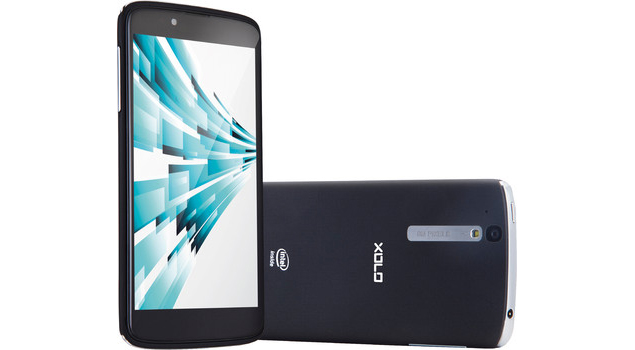 With the launch of Lava Xolo X1000, it has taken one step forward in the family of Intel-based powered phones from Xolo along with X500 and X900. Itemizing it’s specifications, Lava Xolo X1000 features 4.7 inch Capacitive Touch Screen display with 1280 x 720 pixels resolutions. Adding an artful edge to the device, the design has been fitted with 2.5D edge to edge curved glass display with 312 ppi of pixel density. Enumerating it’s Platform dependency, Lava Xolo X1000 runs on Android 4.0 Ice Cream Sandwich Operating system powered with Intel Atom Z2480 processor clocked at 2 GHz with Hyper Threading technology. At the press event, company officials claimed that it will be rolling out an OTA Jelly Bean update by April 2013. Opening the graphics unit, this device is loaded with PowerVR SGX540 GPU support at 400 MHz. Dealing with the device overall dimensions, it weighs nearly 140 gms and 133.9 x 67.6 x 9.1 in terms of measurements. Lava Xolo X1000 comes with Single Sim facility. Enumerating it’s Storage specifications, Lava Xolo X1000 has 1 GB of RAM with 8 GB of Internal memory which can be easily expanded up to 32 GB via microSD card slot.

Vishal Sehgal, Co-founder & Director, Lava International said, “Our partnership with Intel continues. With the first XOLO device X900 in April last year, we redefined speed and performance by bringing in the first 1.6GHz Intel HT based smartphone to the world. Earlier this year, with XOLO X500, we bought this high-speed smartphone experience into the sub 10K price segment. Now, with XOLO X1000 and its 2Ghz Intel HT processor, the customers will get to experience an entirely new definition of speed and performance. That, added to the stunning looks of this smartphone, is sure to take the breath away of our ever-growing tribe of XOLO lovers.”

Briefing towards the Photography unit, Lava Xolo X1000 is eqiupped with rear Auto Focus camera rated at 8MEGAPIXEL with LED flash and full HD video recording, and a front camera rated at 1.3 MEGAPIXEL to support video calling. In terms of Connectivity features, it support 2G, 3G HSPA+ up to 21 Mbps (DL) and up to 5.7 Mbps (UL), WiFi, Bluetooth 2.1, 3.5mm jack, GPS with A-GPS, ambient noise cancellation and micro USB. Some of the other features include: Light sensor, mMagnetometer, proximity, Gyro and Accelerometer sensors.

Definitely a powerful device, however now when all new power smartphones are coming with Quad Core, I wonder where this things fits and that too at such price tag.