Another Android handset for cost conscious tech-savvy introduced by Lava in the foray of Smartphones under it’s premium series of Smartphones as,”Lava Xolo X500″ in the Indian market. It appears company is planning to have a mark by introducing unique quality innovative products at an affordable price (this time atom based budget phone). 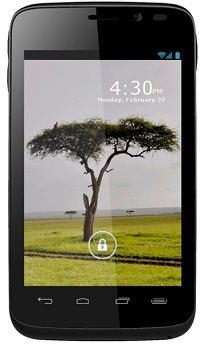 Recently, few days back lava has introduced a Smartphone in A series Lava Xolo A 500 and now under the X series, which seems quite alternative launch. Frame up its specifications, Lava Xolo X 500 comes with a descent 3.5 inch TFT capacitive touchscreen display with 480×320 of pixels resolution ( it’s good to see a smartphone introduced with such a portable screen size which was eagerly awaited by most of the tech lovers in the Smartphone hub). Following it’s legacy of powering the handsets with Dual SIM support technology, this device also features dual SIM support. Under the hood, Lava Xolo X 500 runs on Android v4.0 Ice Cream Sandwich Operating System powered with a Single core Intel Atom Z2420 chip clocked at 1.2GHz with Hyper Threading technology. With Hyper threading the CPU is used more efficiently and can run multiple threads at once on single core. As per experts view, this processor is decently powerful and should work well in a phone but somehow its considered less powerful as compare to Dual Core processor powered phones.

Dealing with the Device Storage Specifications, this device support 512 MB of RAM with 4 GB of internal memory which can be easily extended upto 32 GB via micro SD card slot. Enumerating it’s Connectivity features, it has inbuilt 3G, WiFi, Bluetooth, GPS, 3.5mm Audio jack and a micro USB port ( most of the device available in the market packed up with the same connectivity specifications ).

This device is well equipped with 1500 mAh of battery and priced at Rs 8,999. It is available on all the leading online retailers across the country. With such a price tag it will be tough for Xolo X500 to marks it’s presence.