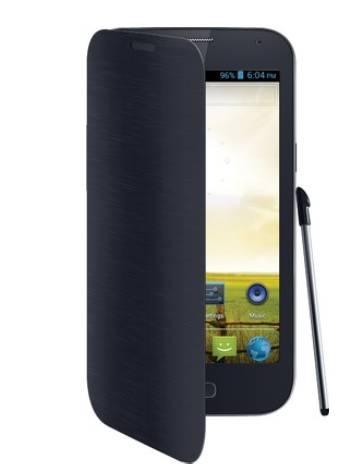 iBall had previously launched their iBall 5c phablet and this is their another phablet with 5 inch display. Though now we are seeing quad-core powered devices but this one is powered by 1 Ghz dual core Cortex A9 processor. On the display front, device comes with WVGA 480 x 800 pixel resolution with 5 inches capacitive touchscreen. In the arena of memory, it has 4GB internal storage which can be expanded upto 32GB by MicroSD card and has rather average ie. just 512 MB of RAM.

In terms of photographic capabilities, devices is equipped with 8 megapixel primary camera with Auto Focus and panorama photography. Has a secondary camera however its resolution is not known yet. This devices operates on now older, Android v4.0.4 Ice Cream Sandwich OS.

On the connectivity part, it is well equipped with all standard features you may expect in smartphone including 3G 7.2 mbps using HSDPA and 5.76 mbps on HSUPA. It has Wifi 802.11b/g support and has A-GPS with google maps. For sensors , it has light sensor, proximity sensor and G-Sensor. 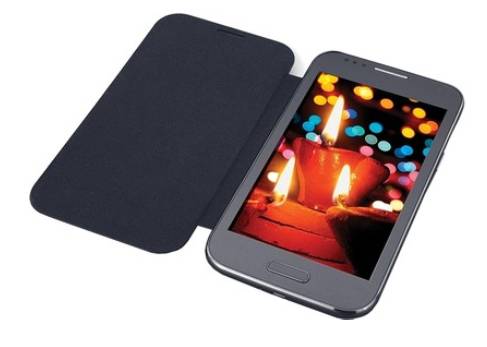 Last but not least, it comes with Dual Standby SIM support (GSM + GSM). This phablet is expected to come with stylus and a flipcover however, we do not have any confirmation from the company as of yet.

The device has 1800 mAH battery which may look little underpowered for this kind of phone. For more updates and news, stay tuned with us.