Byond Technologies, Domestic manufacturer has launched it’s new entrant under it’s prodigious segment of Smartphone as,”Byond B63″ in the Indian market. Encased with a stunning design and with an equally impressive touch features in their products, it looks like company is strongly glittering it’s carved-figure as a tough competitor. 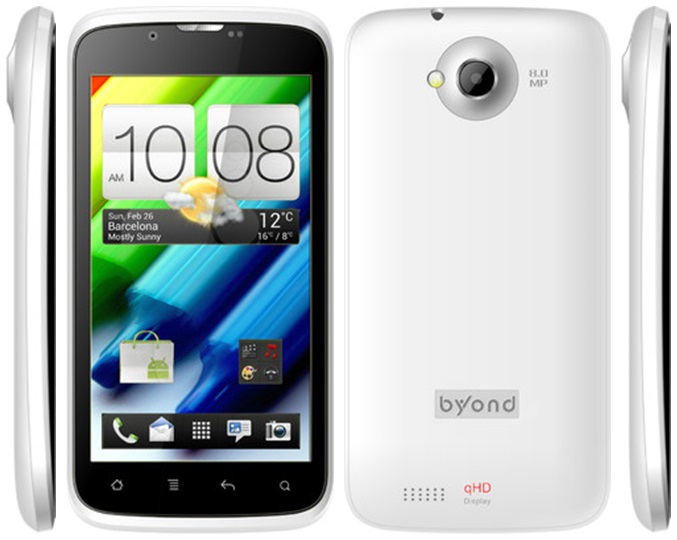 Byond B63 sports with 4.5 inch qHD TFT capacitive touch screen display with 960 × 540 pixels resolutions. Specifying it’s platform dependency, this device will run on Android 4.1.1 Jelly Bean Operating System (latest version of Android) powered with a Dual core processor clocked at 1.2 GHz, however information regarding it’s GPU has not been disclosed yet. It’s really good to see Smartphone’s offering with Dual Core processor at such a price tag, earlier we have seen Micromax A110 packed up with such enormous power specifications. This Device dubbed with a Dual Sim (GSM + GSM) with dual active stand by technology. Dealing with dimension, It comes with 10.7mm thickness and weighs approx 164gmgs. Enumerating it’s storage specifications, Byond B63 equipped with 512 MB of RAM, which sees to pulled down it’s value as other option under such a price tag are enclosed with 1 GB of RAM, 4 GB or more internal memory which can be easily extended upto 32 GB via micro SD slot.

In terms of Photography, Byond B 63 comes with 8 MEGAPIXEL rear camera with autofocus and LED Flash, enabling the user to experience image capturing in dark vision and a secondary camera placed at 0.3 MEGAPIXEL. Some of the pre-loaded applications include Document Viewer, Social site apps like Facebook, Twitter, YouTube and dubbed with Messenger: IM, GTalk, IM. To power it up, Byond B63 equipped with 2000 mAH of battery which claims to deliver 3-4 hours of talktime.

The price of this Samrtphone is Rs 9,999 and is available on all the leading online retailers in India. It will be nice to see will Byond B63 get appreciated by the techfolks over micromax A110.