One of the leading giant in electronics industry worldwide headquartered in Cupertino, California known as Apple Corporation is in the news once again. Apple has silently launched a new entrant in it’s prodigious range of iPods in the global market. Though, we are used to see Apple with large press and media events at the time of new hardware or software launch with the intention of creating the maximum buzz for any of their devices. However, this silent launch surprised everyone. 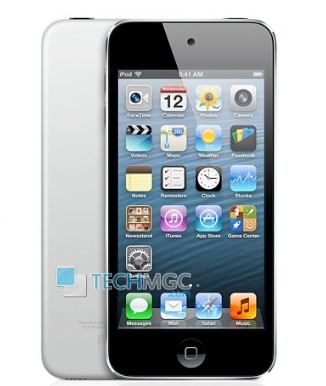 Apple has launched a new 16GB variant for the fift-generation iPod. The launch is surprising as we already discussed above because Apple’s annual WWDC is on it’s way to come within a few weeks and as per the reports it will start from 10 June’13 and they could have made announcement in the WDC. For those who are not aware about WDC, it is basically a conference which held annually in California by Apple Incorporation. The conference is primarily used by Apple to showcase its new software and technologies for developers, it also offers feedback sessions.

Last year when company had introduced the fifth generation iPod touch was only available in two variants – 32GB and 64 GB. But now the company has offered the 16GB model at a cheaper price of $229. The price tag is really appealing and attractive and it will definitely create more interest among the potential Apple buyers who were otherwise hesitant because of its price. In terms of specifications, the 16GB model flaunts a nice 4-inch of Retina display, apple has also omitted the rear-facing camera and the lanyard loop, which was expected with the price cut. But, both the other variants ie, 32GB and 64GB models houses with a 5 megapixel iSight camera with 1080p HD video recording.

Unlike the other 5th generation variants, this new 4 inch Retina display 16GB model is powered with a Dual Core A5 processor and it is equipped with a front-facing FaceTime HD camera. This new Apple iPad is listed for sale on the Apple online store with two colors options. Apple has given a choice to fascinate their user to choose their favorite color between black and silver color option. The device is available for order at $229 with a label specifying that it will ship withing 24 hours.

With the launch of the fifth-gen 16GB model, Apple seems to have discontinued the 16GB and 32GB variants of the 4th generation. The fifth-generation iPod touch is available in India in 32GB for Rs 23,900 and 64GB for Rs 30,900. However, there is not confirmation as to when the company will bring the 16GB to the Indian markets.

For, more information on technology news, Stay updated with us.