Huawei Corporation, based in China who deals in consumer electronics worldwide has announced a new entrant to upgrade it’s tablet portfolio in the Indian market. The name of this new entrant is dubbed as Huawei MediaPad 7 Youth . According to its name, this device will now joins the line up of company’s one of the most popular and successful range of tablet series familiar to us as Media Pad . 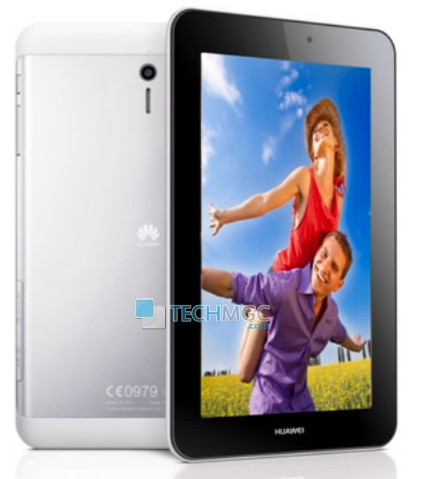 This new element Huawei MediaPad7 Youth will now became the successor for company’s last launch in the same MediaPad series called as Huawei MediaPad 7 Vogue . Coming towards the specifications and details of Huawei MediaPad 7 Youth , this device comes with 7 inch of HD capacitive touch screen display which allows the user to touch the display with all the fingers of both the hands in a single instant of time. The display comes with 1080p of HD display which gives user a Retina-grade density of about 315ppi. In terms of platform dependency, the Huawei MediaPad 7 Youth runs on Android OS, v4.1.2 (Jelly Bean). Under the hood, this device is powered by a a dual core processor that clocks at 1.6 GHz. This could be a disappointing feature, as most of the buyers expect latest Android OS and a far better CPU capabilities.

This device weighs 350 gms and measures 9.9 mm in thickness which makes this device easier to use and carry anywhere and anytime. The information regarding it’s storage capacity is still under curtain however, as Huawei MediaPad 7 Vogue comes with 1GB of RAM we can assume this device with 1`GB RAM only. There will be an external memory slot provisioned, which aides to expand the memory through a microSD card slot. Enumerating it’s photography specifications, company mentioned that it will comes with both the primary and secondary snapper options , though their megapixel details are not yet known.

Wang Yinfeng, VP of Huawei’s home connected device line, said, “The Mediapad 7 Youth is a versatile tablet that provides an unsurpassed experience across hardware and software, ideal for young people who are always on the move, the Mediapad 7 Youth delivers on Huawei’s promise to make extraordinary technology experiences accessible for all.”

This device support voice calling features via Sim but it is not clear that whether it support slot for single Sim or dual Sim. Connectivity wise, this device supports 3G (HSPA+ up to 21Mbps),2g, Wi-Fi b/g/n, Bluetooth, GPS / aGPS, 1080p of Full HD playback and a 3.5 mm of Audio jack. To supply the need of power throughout the day, this device is equipped with 4100mAh of battery which will deliver decent amount of talktime and standby time.

The price and the exact date of launching will be revealed very soon. What you all guys think that what will be its subjected price tag. Share your view with us.