Lava Iris series has gained lots of popularity in the Smartphone arena in India as well as worldwide as this series includes some of the most powerful handset launched by the company till date but at a very affordable price band. To continue the legacy of IRIS series, Lava has launched new “Lava Iris 405 and Iris 455” in the Indian market. 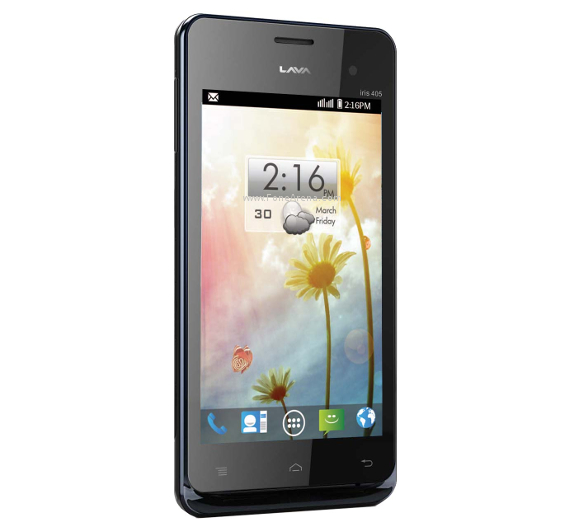 Lava Iris 405 and Iris 455 will be the new successor of Lava’s most popular device in mid range segment Lava iris 400. Picking the first one in the line up and getting a glance on to it’s Specifications, in terms of frame up, it has 4-inch of Capacitive Touch screen display with 800 x 480 of pixels resolution. It’s good to see Lava has stood up a descent screen size for this device to ensure it’s portability which should be present in a mobile handset for convenient use. Android is now immensely popular, so it would be be hard to say this device also sails on Android v4.1 Jelly Bean Operating System powered with a Dual Core processor clocked at 1GHz. To fascinate the buyers who prefer a two sim in the mobile handset this device also supports Dual Sim( GSM+GSM) with Dual Standby technology. In terms of dimensions, this device measures 10.6mm in overall thickness. Enumerating this device storage specifications, this device houses the same support which we see in most of the newly launched devices like 512MB RAM, 4GB of internal memory (2GB user memory) which can be easily expandable up to 32GB via microSD card slot.

To Power it up, this device is equipped with 1400 mAh of battery which will delivers 6 hours of talktime for 3G. The Price of lava iris 405 is Rs 7,499 and it is available for sale on all the online retailers across the nations. 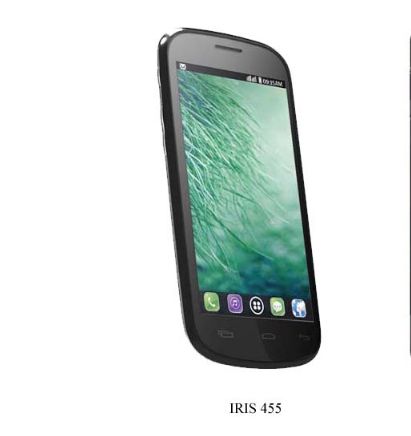 Second in the line up is Lava Iris 455 which hold almost the same specifications as we see in Iris 400 apart from it’s screen size. Lava iris 455 flaunts 4.5 inch display with 540×960 pixels resolution and runs on 1500 mAh of battery.

Commenting on the launch of these new smartphone, S.N. Rai, Co – Founder and Director, Lava International Ltd, said “With these new smartphones, Lava aims to provide the consumers with the best of hardware and software available today. We expect the IRIS 405 and IRIS 455 will be preferred by both students and professionals who want to get the best android experience without sacrificing on performance or features”.

The Price of Lava Iris 455 is Rs 8,699 and it is also available on all the leading online retailers in this country.