HCL, a well-known firm serving in IT industry worldwide has launch a new entrant under the company’s most popular and prodigious range of ME tablets. HCL ME tablets are familiar to the gadget industry for their nice features and specifications available at an affordable price range. Company has launched a new edition of HCL ME tablet which support 2G voice calling. This new edition is named as, ” HCL ME 2.0″ 2G voice calling tablet in the Indian market. 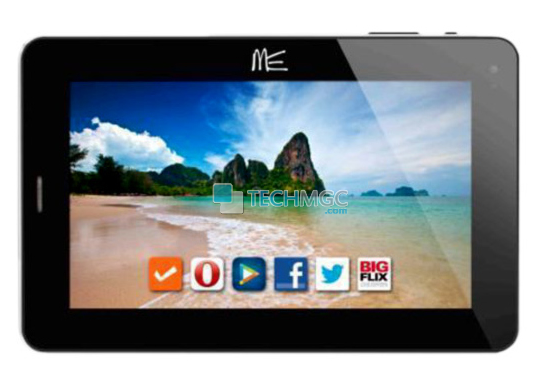 HCL ME Connect 2.0, is the company’s new tablet in the ME series is now on sale from online retailer Snapdeal.com, it is successor HCL ME V1 launched earlier this ear. Specifying it’s details and technical specifications, in terms of frame up this device flaunts 7 inch of Capacitive Touch screen display with 800 x 480 pixels resolution. The display specifications are kept the same as we saw in it’s old edition. Dealing with it’s Platform dependency, this device sails on Android 4.1 Jelly Bean Operating system powered with a Single Core Cortex A9 CPU processor at a clock speed of 1GHz. Apparently the main difference between HCL ME V1 and ME 2.0 is operating system , the V1 was running Android 4.0.4 and also battery has been beefed up in HCL ME 2.0.

In terms of Storage specifications, HCL ME 2.0 is equipped with 1GB DDR3 RAM, 4GB of Internal memory which can be easily expanded up to 32GB via microSD card slot. Briefing it’s Connectivity specifications, this device support 2G, WiFi 802.11 b/g/n, Bluetooth, 2.5mm Audio Jack and supports 3G via external USB Dongle. Enumerating it’s Photography specifications, this device offered with both the camera options including primary and secondary snappers. On it’s back, it houses a primary camera rated at 2 MEGAPIXEL and on it’s front it has been installed with a front facing camera rated at 0.3 MEGAPIXEL for video calling. It can also records video recording Full HD up to 1080p Playback.

The price of this device is Rs 8,499 and is available at online stores. Inside the packet it includes, a tablet, charger, battery, user Manual and a USB Cable. There are more than 100+ pre-installed applications in this device. To make the life going on for this device, it is equipped with 3800mAh of battery.

As already mentioned, apart of latest Android and beefed up battery, we were unable to find any other difference. As compared to HCL ME V1, this one is dearer by Rs. 500 (approx). May be if one is looking for more battery power then Rs. 500 exptra is justified or else both are almost same.