Sony Mobile Communications, one of the reputable and leading manufacturer in electronics industry worldwide from Japan has popped up two new element from it’s gadgets duffel bag. On 25th June 2013, at an event called as Mobile Asia Expo held in Shanghai Sony introduces the next revolution in premium large-screen Android smartphone entertainment and smart watches segment. 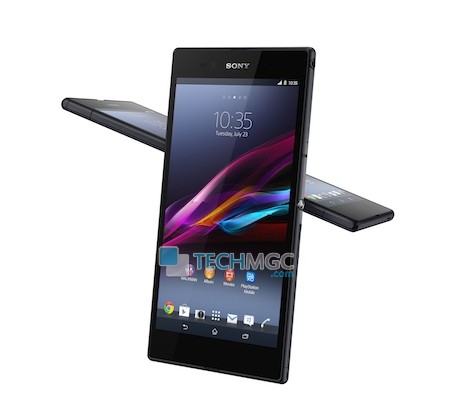 The gigantic edition in the phablet bandwagon by Sony is named as Sony Xperia Z Ultra . And from it’s name it wouldn’t be wrong to say that this will be an upgraded version of Sony’s one of the high selling and popular product in the gadget industry familiar to us as Sony Xperia Z . Clearly, it can be assumed that Sony is following in the footsteps of Samsung with it’s Galaxy Note series devices. Further in the event, apart from Sony Xperia Z Ultra , company announced the second element which was the part of this official announcement is an Android-based Sony Smart Watch 2 with NFC wireless and some more exciting features.

Shifting the shaft towards the first element in the line up and specifying it’s details and specifications, Sony Xperia Z Ultra flaunts a huge 6.4 inches of TFT Triluminos touch screen display. It is the first smartphone display by the company itself that integrates through this new technology. The Triluminos technology helps the display in reproducing a greater range of rich natural colors and natural shades. As per the company officials, this technology also includes X-Reality for mobile, Sony’s intelligent super resolution display technology which as per the company, analyses each image and reproduces lacking pixels to optimize quality for the sharpest videos. The Xperia Z Ultra screen has a resolution of 1080×1920 pixels. Earlier, the company’s previously launched smartphone named as Sony Xperia Z has already pushed the boundaries of reasonable handset dimension with it’s 5 inch of screen size but as from now this new 6.4 inch of screen size in Xperia Z Ultra will completely breaks past them and strays into the territory of small tablets.

Dealing with it’s Platform dependency, this device run on Android 4.2 Jelly Bean Operating system powered with a Qualcomm Snapdragon 800 quad core processor at a clock speed of 2.2 GHz. This makes it the world fastest processor dubbed in any smartphone till date. Coming towards it’s body dimensions, Sony Xperia Z Ultra is supremely slim and lightweight. The whole body is crafted into 6.5mm and weighs just 212 gms for providing ultimate portability. The front and back details of the Sony Xperia Z Ultra are made of tempered glass with the OptiContrast panel housed in an innovative solid metal frame which looks stunning from any angle. The Xperia Z Ultra is available in a choice of black, white or purple colors. 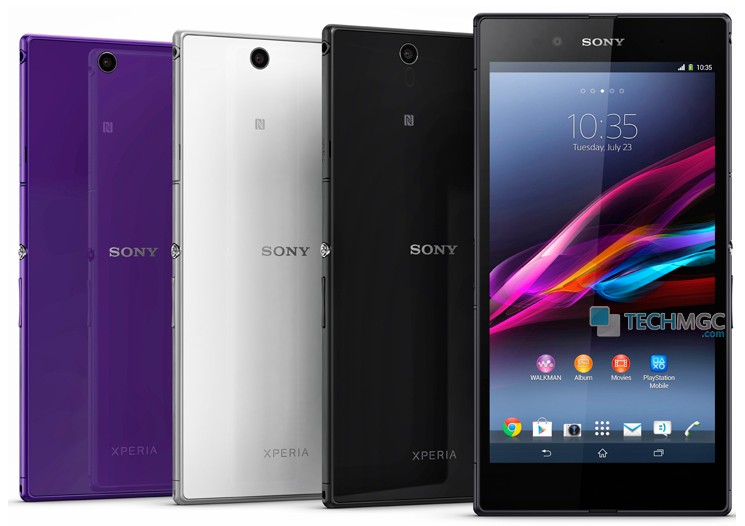 Highlighting it’s hardware specifications, this device comes fitted with 2GB of RAM to ensure the smoother and faster performance even if the phone is bundled with tons of downloaded applications. It is also offered with 16GB of Internal memory which can be easily expanded up to 64 GB via micro SD card slot. It is a memory rich device. Briefing it’s Photography specifications, this device has been installed with both the primary and secondary snapper options. On the back side, it houses a 8-megapixel rear-facing camera with ‘Exmor RS for mobile’ sensor, capable of shooting HDR video and images. There is a 2-megapixel snapper on the front, as well as a ‘Superior Auto’ mode that turns on HDR and applies noise reduction automatically, ensuring that consumers snap the optimum exposure in low-light conditions.

Connectivity wise, Ultra includes 4G LTE/ NFC/ Bluetooth 4.0/ Wi-Fi, 3G, WiFi options. Just like the Xperia Z, the Xperia Z ultra is also dust and water proof and comes with IP55 and IP58 certification. It even allows users to take photos underwater. Another interesting feature of the Xperia Z Ultra is its handwriting recognition functionality. The phone’s screen is compatible with any pencil and selected stylus or pen with tip diameter over 1mm.

In terms of power capacity, this device draws power from 3000mAh of battery. It also includes a battery stamina mode which significantly improves the standby time of this smartphone by four times. It recognizes when you’re not using your display and automatically turns off the functions you don’t need, while keeping the notifications you want. As soon as you press the power button to wake up your screen, everything is up and running again.

The Sony Xperia Z Ultra is scheduled to launch globally during the third quarter of this year. Pricing and specific region rollout details are yet to be announced.

Picking the second element in the line up, which is entirely overshadowed by the attention being paid completely over to Sony Xperia Z ultra is Sony Smart watch 2 . The Sony smart watch sports 1.6 inch LCD touch display, which Sony says is designed for improved visibility in sunlight. One of the company officials told us, ” The display has apparently been “optimised” over Sony’s prior SmartWatch, now rocking a resolution of 220 x 176 pixels. The watch itself is comprised of aluminium and plastic, and take a standard 24mm watchstrap. 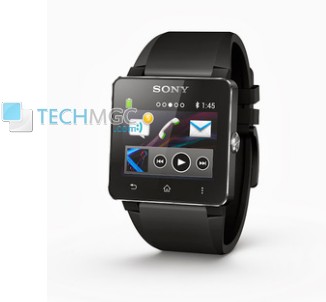 This new Sony SmartWatch 2 can run more than 200+ dedicated Android applicationss, including Facebook and Twitter, plus a call handling app, email, Gmail, a music handling app, weather, Runtastic, a new aggregator app and a few others. The watch can also be used to remote control apps running on another Sony smartphone. For instance, it can be used to take a photo from the phone remotely without having to tap the phone’s screen.

Sony’s head of companion products, Stefan Persson, said that Sony introduced its first Bluetooth watch in 2007. “Competitors are only now launching first-generation devices, while we are already launching third-generation devices with the insight gained from over half a million customers, combined with Sony’s wealth of technology expertise to create the best ever smartphone experience,” he said.

In terms of battery life, it is good for 4-5 days of usage. There’s no word on pricing as yet. Sony said the SmartWatch 2 will be available worldwide from September.

Let’s see when Sony start the shipping of both these gadget across all the nations. However, price is still under covers but what you all guys think what should be the suggested price tag for both these device?