With the launch of Galaxy S4 ie. I9500 , Samsung interestingly  created a lots of stories around the globe and they effectively captured attention of huge masses. Infact even those who are not so tech – savvy knows about S4 and its launch hype and features. Continuing the trend, they have launched a Dual Sim version of Samsung Galaxy S4 smartphone as I9505. However, the catch is that this version is only meant for China.

As per Samsung Chinese website, the phone supports Dual Sim (WCDMA + GSM) and it has been labeled as I9502. There is no information when this phone will launch in other countries or will be ever launch or not. 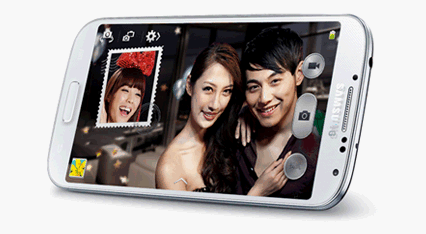 The specification of the phone is similar to I9500 with only difference of Dual SIM. It is the Exynos 5 Octa-core version of the Galaxy S4 and rest specification are same means, Android 4.2, Full HD Super Amoled screen with 1920×1080 px resolution giving 441ppi ratio. You can read full Samsung S4 I9500 full specification here.

May due to popularity of Dual SIM phone in China, Samsung launched dual sim version. Also, the dual sim version is exactly same as single sim SG S4 with only difference of weight, the I9502 is just 2 gram heavier than original S4 but that is subtle difference is hardly noticeable (unless someone actually using weighing scale).

Earlier when Samsung Galaxy S4 was not launched, there were rumors of multisim version and were halted by recent launch but it appears that rumors were true but it is only for China  and this is something interesting. Other countries like India, Indonesia etc. too have a very big market of dual SIM phone and may be Samsung will launch Dual SIM version in other countries soon. But to again remind, Samsung has not made any official statement regarding launch of multi-sim version in any other country.

If remember, there are already news for waterproof and dustproof version of S4 and you may also read about Samsung S4 benchmarks and tear-off report. Meanwhile, stay tuned for more updates and news with us.