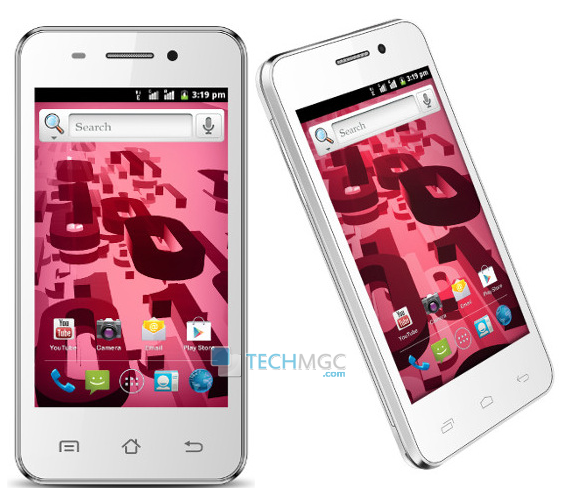 Both Spice Flo Pace 2 Mi-502 and Ivory Mi-450 had been introduced in the large screen size range of smartphone available under an affordable price range. Spice Flo Pace 2 Mi-502 was equipped with 5 inch of display and Ivory Mi-450 with 4.5 inch of display, which is considered not a comfortable size for many who wish to use their device as a mobile phone with not more than 4.0 inches of screen size.

Analyzing the need of their customers quickly, Company has introduced Spice Smart Flo Mi-422 which flaunts a decent 4 inch of IPS Capacitive Touch screen display with 480 x 800 of pixels resolution. This device also supports Dual Sim (GSM+GSM) with Dual Standby technology, which has been incorporated by most of the mobile handset manufacturer’s in their newly launched devices as a standard feature. Dealing with it’s Platform dependency, this device sails on Android 4.0.4 Ice Cream Sandwich Operating system powered with a Single Core processor at a clock speed of 1Ghz. In terms of Storage Specifications, this device supports 512MB RAM, 512MB of Internal memory. In case, if the user is willing to expand the memory size for this device company has installed it with a micro SD card slot as an memory expansion type through which memory can be expanded up to 32GB.

Enumerating it’s Photography specifications, Spice Smart Flo Mi-422 is offered with both the primary and secondary snapper options. On it’s back, it is equipped with a primary camera rated at 3.2MEGAPIXEL with LED flash technology which enable the user to click nice snapshots even in the low vision. On it’s front, it has been installed with 1.3 MEGAPIXEL of front facing camera for video recording. Briefing it’s Connectivity support, this device support 2G (EDGE), Wi-Fi 802.11 b/g, Bluetooth, 3.5mm Audio jack and a FM Radio.

To Power it up, this device uses a 1300 mAh of battery. The price of this device is Rs 5,499 approximately.

Now one more handset in the Indian market in sub Rs. 6000 price band, unfortunately, like others this one also lacks 3G otherwise could have been a good buy. What do you think, without 3G and 4″ inch display along with workable hardware, do you find it useful ?

For more information on technology, Stay tuned with us. .