Nokia Electronics, seems to be going through a transformation in their new handset launching habit and now they are introducting new handset more regularly. Their latest element of their flagship “Lumia Series” is the “Nokia Lumia 521” which would be a strong wallop by the company against other competing devices in the low-budget segment. 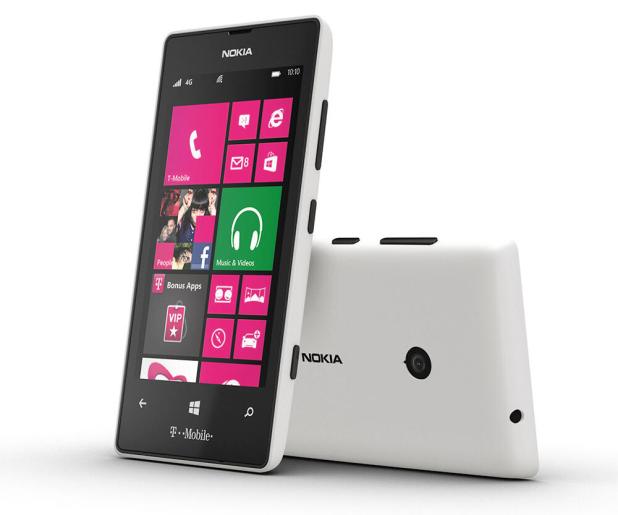 Company launched Nokia Lumia 520 and Lumia 720 few weeks earlier which are already creating a storm in the gadgets arena among the Windows 8 lovers being cost effective and impressive too. It was recently announced by T-Mobile that it would start selling the Windows Phone 8-based Nokia Lumia 521 sometime in May in the U.S., hopefully it will soon make way to India after US launch.

Walking through it’s features and specifications, in terms of frame up Nokia Lumia 521 will flaunt with 4 inch TFT/LCD Capacitive Touch Screen display with 480 x 800 of pixels resolutions. This device would weigh 124 gms and measures 4.72″ x 2.52″ x 0.39″ in overall dimensions approximately. While specifying the details regarding it’s Platform dependency, it becomes quite obvious that Nokia Lumia 521 will sails on Windows 8 Operating System and will be powered with a Qualcomm Snapdragon S4 MSM8270 Single Core Processor clocked at 1 GHz. Enumerating it’s Storage Specifications, this device will be equipped with 512 MB of RAM, 8 GB of Internal memory which can be easily expandable up to 64 GB via micro SD card slot.

Briefing it’s Connectivity Support, Nokia Lumia 521 will come with Bluetooth, Mobile Hotspot, PC Sync, USB, Wi-Fi, 3G, 4G. Eying on towards it’s Image Optics, it will be offered with a back camera rated at 5 MEGAPIXEL with autofocus technology and it will be capable of recording video capturing up to 720p HD @30 fps.

To Power it up, Nokia Lumia 52 with a removable battery rated at 1430 mAh which will claims to deliver 9.6 hours of maximum talktime and a standby time up to Standby time up to 360 hours. Pricing information was not announced, although Nokia previously said that the device will cost around $180 without carrier subsidies. From given price, we can assume it will cost between Rs. 10000 to Rs. 12000 in India.

For more information regarding the latest technology, Stay updated with us.