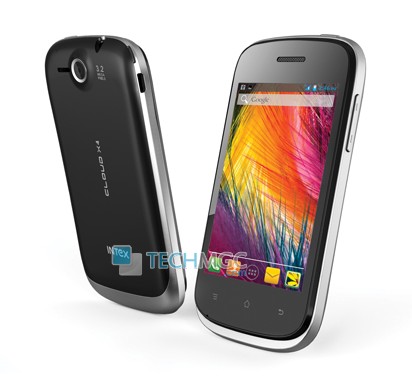 Intex’s Cloud is a new range of 3G equipped smartphones enables users to multi-task at a blazing speed and is targeted at entry level smartphone users in the country looking for high-performance pocket-friendly mobile devices. Coming towards the details and specifications of the first entrant in the line up, Intex Cloud X4 which is a successor for Intex Cloud X3 launched a month ago. In terms of frame up, Intex Cloud X4 sports the same 3.5 inch of capacitive touch screen display with 480 x 320 of pixels resolution similar to Intex Cloud X3. Dealing with it’s platform dependency, this device sails on Android 4.2 jelly bean operating system powered with a dual core processor running at a clock speed of 1.2 GHz. It supports Dual Sim (GSM+GSM) with dual stand by technology.

In terms of storage specifications, this device comes with 256MB of RAM which is quite inadequate considering modern applications requirements. Internal memory is of 512MB which is low and may hinder you from storing and playing high graphics games and applications but to overcome this drawback company has provided a micro SD card slot through which memory can be expanded up to 32GB. Connectivity wise this device comes with 3G, Bluetooth with A2DP, Wifi, GPS, FM radio and a 3.5 mm audio jack. Enumerating it’s photography specifications, this device comes with dual snapper options. On the back side, a 3.2 MEGAPIXEL of primary camera has been installed to capture nice range and decent quality control pictures and on it’s front side it include a 0.3 MEGAPIXEL of front facing camera which allow the user to perform video calling/chatting.

To supply this device a proper need of supplement to remain charge throughout the day, this device comes with 1500mAh of battery which claims to deliver a decent amount of talktime.

Approaching towards the specifications and technical details of the second device in the line up dubbed as Intex Cloud Y2, which sports 4 inch of display screen size with 480 x 800 of pixels resolution. It also sails on Android 4.2 operating system powered with a dual core processor running at a clock speed of 1.2 Ghz. Briefing it’s imaging optics, on the back it comes with 5 MEGAPIXEL of primary camera with LED flash which enable the user to capture nice range of snapshots even in the dim vision. On it’s front, it supports a secondary camera rated at 1.3 MEGAPIXEL which provides a decent quality while voice calling/chatting. Connectivity wise it holds the same support as we mentioned above for Intex Cloud X4. 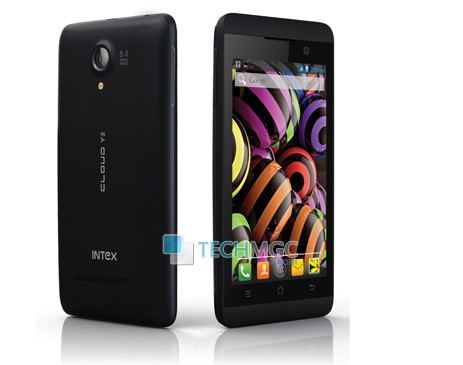 Storage wise, it comes with 512MB of RAM which is acceptable as per it’s price. Internal memory is of 4GB which can be expanded up to 32GB via micro SD card slot. It comes with same power capacity battery of 1500mAh.

Both Intex Cloud X4 and Y2 will be available for sell very soon on all the leading online retailers across the country.