After unveiling its flagship smartphone, LG Optimus G2 a couple of days back, LG has now announced a new low-end Android smartphone tailored for the needs of developing markets and budget-conscious consumers. The handset is a member of the company’s L-series and will be marketed as the LG Optimus L1 II . Company has not officially revealed it’s pricing but as per the speculations and rumors on air it will be under $100. 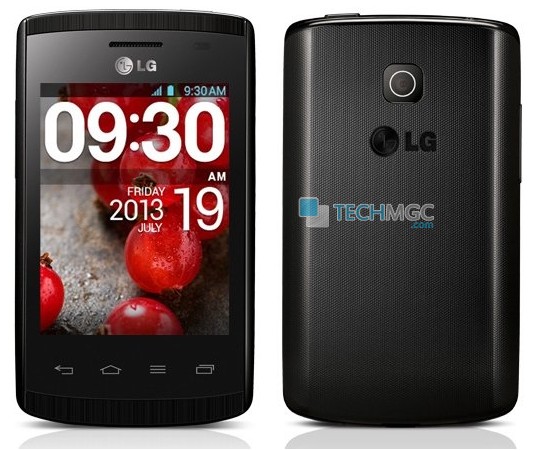 In terms of storage specifications, this device comes with 512MB of RAM which allows the user to perform multitasking quicker and faster free from any hassle. Internal memory is of 4GB which can be expanded up to 32GB with the help of microSD card slot. Briefing it’s photography specifications, this device comes only a single snapper which has been installed on the back side to click nice quality images. The back camera is rated at 2 MEGAPIXEL which is capable of VGA recording @30fps. It does not include a secondary or front camera.

However, Optimus L1 II is the one of unpretentious Android smartphone at the hardware level, but still potentially attractive to buyers with modest requirement who are interested in a complete, small and lightweight Android phone.