Chinese smartphone maker Zopo mobiles has added a new entrant to upgrade it’s line up of smartphones in the Indian market. This new element is dubbed as Zopo ZP990 and it is packed with all the latest, trending specifications and features. The price of Zopo ZP990 is Rs 21,600+500 shipping charges, from the launch now it will join the line up of FHD smartphones available in Indian smartphone industry at an affordable price range. 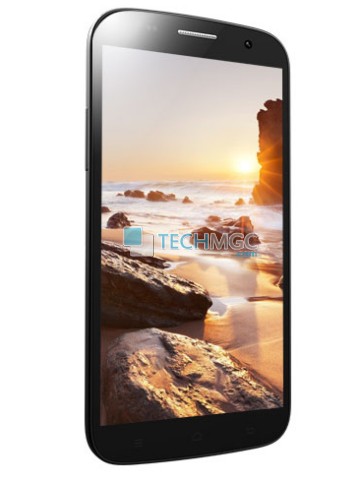 Zopo always seems to provide an affordable range of devices for their buyers which gives true value for their money. However, Zopo is still struggling to improve it’s market value in India and from the launch of Zopo ZP990 company is aiming to improve it’s image, popularity and become reliable brand among the tech geeks worldwide. Shifting the shaft towards the launch of the day, Zopo ZP990 sports a huge 6 inch of FHD touch screen display with 1920*1080 of pixels resolution. This huge range of pixel resolution which generate an enormous sense of picture quality by delivering ~367.15 PPI of pixel density. Dealing with it’s platform dependency, this device sails on Android 4.2.1 jelly bean operating system powered with a MTK MT658T Cortex-A7 quad core processor running at a clock speed of 1.5 Ghz which makes the overall functioning of this device smoother and faster. To enhance the graphics section of this device it comes equipped with Power VR SGX544 GPU.

It supports Dual Sim (GSM+GSM) with dual stand by technology, which allows a single user remain active on multiple Sim’s at a single instant of time. In terms of body weight it measures 164.3 x 83.2 x 9.2mm in terms of overall dimensions whereas it measures 193.1 gms with 1 battery inside. Storage wise, this device includes 2GB of RAM which makes it ultra powerful and help the user to access multiple applications without any hassle. It includes 4GB of internal memory which can be expanded up to 64GB via micro SD card slot. Enumerating it’s photography specifications, this device comes with both the primary and secondary snapper options. On the back it include a primary camera rated at 13 MEGAPIXEL which is capable of 1080p of video recording and on to it’s front, it includes secondary camera rated at 5 MEGAPIXEL for video calling. Some of the other features of camera’s includes autofocus, LED flash technology which allows the user to capture nice quality pictures even in the low light vision.

Connectivity wise this device is enriched with almost all the latest specifications which can be seen in any premium smartphone. It include 2G, 3G, WiFi 802.11 b/g/n, WiFi hotspot, Bluetooth, GPS, aGPS, Gravity , Compass, proximity sensor and a 3.5 mm audio jack. Some of the pre-installed applications include Google Maps, Google Talk, Google Mail, Google Calendar, Google Play Store, Facebook, Twitter, Skype and many more. To power it up, this device is equipped with 3100mAh of battery which will deliver 580 hrs of standby time.

The handset is listed on their official website for sell.