Counted amongst one of the top leading domestic manufacturers,”Lava Mobiles” has come up with another Smartphone to pop up their prestigious series of Smartphones named IRIS by segmenting Lava IRIS 502 in the Indian market. 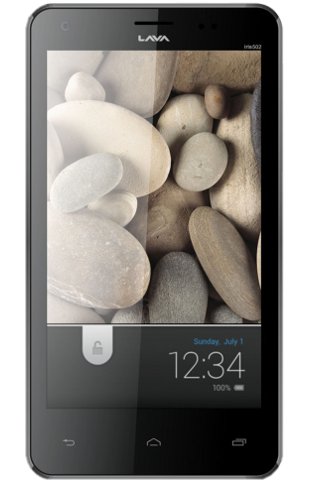 Viewing the dash specifications, Lava Iris 502 featured with a huge 5-inch (12.7cm) TFT LCD Capacitive Touchscreen which support 16 M colors to floret the display. However, the device is bagged up with a nice resolutions of 800 x 480 pixels, a proximity sensor for display auto-turn off and G-sensor are also added under the hood. Packed up with Multiple Sim facility, Lava Iris 502 supports Dual-SIM, Dual GSM standby technology. Dealing with Software and hardware Specifications, it runs on Android v4.1 Jelly Bean Operating System powered with a single core processor clocked at 1 GHz (bit of disappointment as most of the tech lovers wish to see this device powered with a quad core or atmost with a dual core processor), it also support Goggle Play for downloading music/games/applications. Unsealing it’s Connectivity support, Iris 502 comes with GPRS with EDGE Connectivity (Class 12), 3G Network UMTS 2100 , WiFi (802.11 b/g/n) , Bluetooth ( can work as a WiFi hotspot), USB v2.0, 2G Network DualBand (GSM 900/1800).

Enumerating it’s Photography features, it support both the cameras a 5 MEGAPIXEL of primary camera with LED flash and a secondary camera 0.3 MEGAPIXEL with some additional features including Face detection, Panorama shot and Video recording. Storage Specifications are the same as we see in most of the newly launched budget Smartphones, 4 GB of Internal memory in which 2 GB is designated for user files, however apart of provided internal storage, the phone also supports memory expansion through micro SD slot which can be expanded upto 32GB. Also, with this phone, a 4GB of memory card is for free under the box.

The Price of Lava Iris 502 is Rs 8,499 and is available on Flipkart. Under the Package, it include Lava Iris 502 handset, Battery, Charger, Headset, Data cable, 4GB memory card, Screen guard and a User guide.