To make mark in the flood of Smartphones, one of the leading domestic manufacturer, “Intex Mobiles” serving in consumer electronics industry launched it’s two new entrant in the arena of Smartphone and hence introduced, “Intex Aqua SX and Aqua Star” in the gadget hub of India. 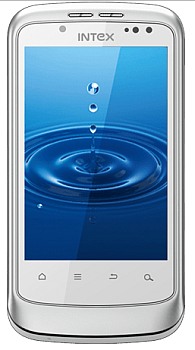 Intex Aqua SX and Aqua Star, both are budgeted android based Smartphone and offered with some descent specifications. Shifting the limelight towards the first element in the line-up named,”Intex Aqua SX”. In terms of frame up, Intex Aqua SX sports with 3.5-inch TFT capacitive LCD display with a 480×320 pixel resolution. Specifying it’s Platform dependency, the device runs on the rather outdated Android 2.3 Gingerbread Operating System powered with a MediaTek MTK6515 processor processor clocked at 1 GHz. Coming back after such a long gap and launching it’s two new Smartphone in the era of Android 4.1 Jelly Bean will definitely set a drawback for this smartphone however may be due to limiting RAM, they have included older version of Android. Dubbed with the usual features, as we see in the entry level smartphones, Intex Aqua SX supports Dual Sim with Dual Standby technology. In terms of dimensions, Intex Aqua SX measures 13 mm in thickness and weighs merely 138 gms. Enumerating it’s Storage specifications, the device supports 256 MB RAM, 128MB of built in storage expandable up to 32GB via a microSD card.

To Power it up, Intex Aqua SX equipped with 1450 mAh of battery which the company claims that it will last of 5 hours of talk time and 360 hours of standby time. 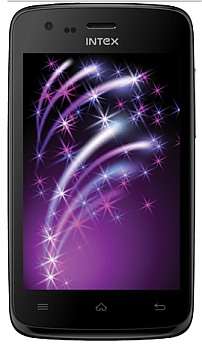 However, information regarding the second entrant remains limited on. From the Sources, we came to know that the Intex Aqua Star on the other hand has a 4-inch display and will sails on the same Operating system as mentioned above for Intex Aqua SX with same 1GHz processor. In terms of Photography, it will be offered with a 3MP rear camera and a 1.3MP front facing camera.

The Intex Aqua SX and the Intex Aqua Star are priced at Rs. 4,490 and Rs. 3,990 respectively. None of the two smartphones are available on the online shopping portals