One of the leading Japanese manufacturer Fujitsu had taken official step up in the Indian smartphone market with the launch of their new smartphone Fujitsu F-074 in partnership with India leading telecom operator Tata Docomo. 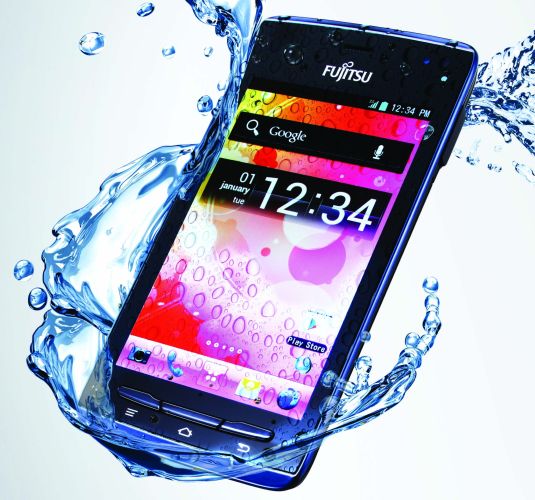 This phone was launched by Fujitsu last year in Japan and was received a well response. The Company recently decided to launch this Smartphone in India and from thereby in collaboration with Tata Docomo it finally took up it’s place in India. Fujitsu F-074 is a waterproof Smartphone that comes with 4.0-inch WVGA AMOLED display, powerful 1.4 GHz Snapdragon processor which makes it quite faster. Fujitsu operates on Android 4.0, and as far as it camera is concern it offers 5MP rear camera which may looks inferior consider its price band. The body of the Fujitsu is around 6.7mm thick and it nearly weighs 105 grams which is quite a comfortable to hold up. Other prominent features include 3G and WiFi 802.11b connectivity, Bluetooth 2.1 + EDR and a special pre-installed GPS navigation. Fujitsu offers 512MB RAM and comes up with 1GB internal memory, it can also be expanded with external memory of up to 32GB with microSD. Fujitsu comes up with 1400 mAh battery. The Fujitsu F-074 is priced at Rs 21,900 and is it is exclusively available for Tata DOCOMO customers in all the brand stores in Banglore. Tata Docomo offers a bunch for both voice and data usage. Some of the special plan start for Rs. 899, GSM Postpaid Tata DOCOMO customers can avail this premium number for their whole life, an eye catching offer is unlimited 3G Data for 3 months with a clinch of 1GB, and apart from this offers it also give unlimited locals and STD free on other networks.

With all these offers but a steep price level it will be interesting to see how Fujitsu makes it customers in Indian market.