In the era where domestic and Chinese manufacturer’s are launching countless mobiles in smartphone industry worldwide, it appears now even reputable brands are also willing to run on the same roller-coaster. Samsung has launched two new elements in it’s most popular galaxy series named, “Samsung Galaxy Fame Duos and Galaxy Win” in the Indian market. 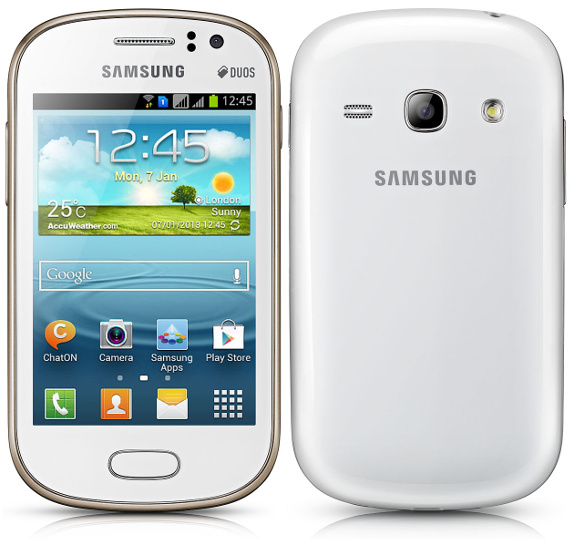 The company is employing same strategy which is being used by other domestic manufacturers by providing their handset with pseudo high level of specifications ie. they may look powerful in numbers but are powered moderately on a competitive price tag thus luring potential budget buyers easily.

So, by launching these two new handsets with similar specifications and priced just above these domestic manufacturer, company is eying on those budget segment buyers. The Price of Samsung Galaxy Fame Duos is Rs 10,990 and Galaxy Win Duos is Rs 17,990. Moving towards the technical specifications of both these handset and picking the first one in the line up, Samsung Galaxy Fame Duos sports 3.5 inch of Capacitive Touch Screen display with 480 × 320 pixels resolution, it’s quite weird to see Samsung has offered this device with such a low resolution and smaller screen size as compare to other devices available in the same price range.

Dealing with it’s Platform dependency, Samsung Galaxy Fame Duos sails on Android v4.1 Jelly Bean operating system powered with a Single Core processor clocked at 1GHz. At such a price tag it could be expected with at least a Dual Core processor. This Device supports Dual Sim with Dual Standby ( GSM + GSM ) technology. Enumerating this device Storage specifications, it supports 512MB of RAM, 4GB of Internal memory which can be easily expandable up to 64 GB via microSD card slot. 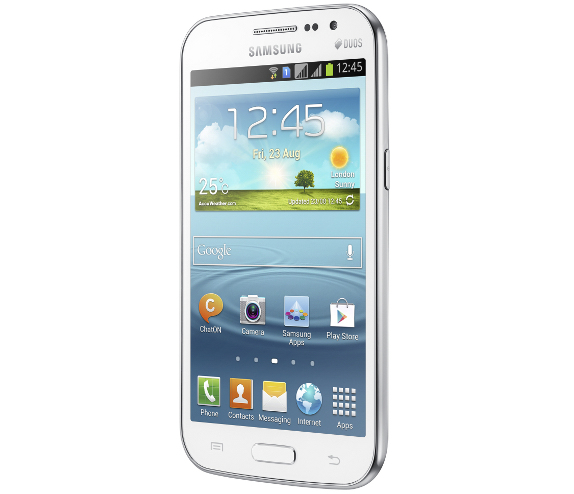 Briefing it’s Connectivity support, this device support 3G HSDPA 7.2 Mbps, Wi-Fi 802.11 b/g/n, Bluetooth 4.0, GPS and a 3.5 mm Audio Jack. In terms of Photography specifications, this device houses both the primary and secondary camera- 5MEGAPIXEL of sutofocus camera with LED flash to help the user in capturing images at low vision, it also supports a 0.3 MEGAPIXEL of secondary camera for video calling. To make the life going on for this handset it is equipped with 1300mAh of battery.

Shifting the shaft towards the second one in the line up, Samsung Galaxy One slotted under high price segment and flaunts 4.7-inch TFT capacitive touch screen display with 800 x 480 pixels resolution. Both the devices run on the same platform but this device is powered with a Quad Core processor clocked at 1.2 GHz. It also supports the same Image Optics part from 720p HD video recording.

Getting a glance towards it’s Storage unit, it is equipped with 1GB of RAM, 8 GB of Internal memory which can be easily expandable up to 32 GB via microSD card slot. This device weighs nearly 143.9 gms and measures 9.65mm in overall thickness.

Both the devices are available for sale on all the leading online retailers across the globe.

For more information on technology updates, Stay tuned with us.