ZTE Corporation, one of the leading Chinese manufacturer of consumer electronics worldwide has launched two new smartphones to upgrade it’s smartphone portfolio in the Indian market. The name of these smartphone’s are ZTE Grand X Quad Lite which has joined the elite club of cheapest quad core smartphone available in the smartphone market of India and the other one is named as ZTE Kis Flex which is launched for low cost range of Android smartphones. 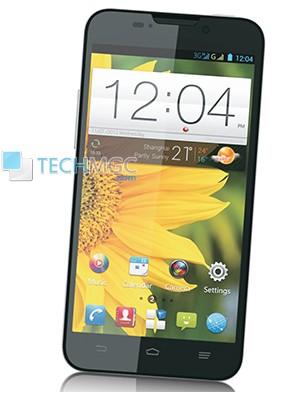 From the launch of these smartphones, ZTE is aiming to give a tough fight to all the other leading domestic manufacturers competing in the Indian gadget industry. Picking the first one in the line up named as ZTE Grand X Quad Lite and specifying it’s technical details, in terms of frame up this device sports 5 inch of qHD capacitive touch screen display with 960×540 of pixel resolution. The size of the display is quite huge which enable the user to enjoy and experience the fun of Android onto it. The phone also sports a plastic back panel and a metal frame around the body which makes the overall display decent and stylish. Dealing with it’s platform dependency, as Android is still on top of the charts in terms of software specification by a majority of smartphones manufacturer except Nokia, this device also sails on Android 4.2 jelly bean operating system.

This device is powered with a quad core processor running at a clock speed of 1.2 GHz which makes the overall experience and usage of installed applications smoother and faster. In terms of storage specifications, this device is equipped with 1GB RAM which ensures you to play high graphics game, switching between installed applications faster and smoother. Internal memory is 4GB which is quite low and in case if the user is willing to expand the memory more further, company has manufactured this device with a micro SD card slot through which memory can be expanded up to 32GB.

Speaking on the launch, Xu Dejun, CEO of ZTE India, said, “We are optimistic on our marketing, channel spends and looking at strengthening the brand from all fronts. Our distribution and sales structure is backed by a strong network of 214 service centres across the country.”

Enumerating it’s photography specifications, ZTE Grand X Quad Lite comes with both the snapper options. On the back panel, it include a primary camera rated at 5 MEGAPIXEL which is capable of 720p of video recording. From the front side, it comes with secondary camera options rated at 0.3 MEGAPIXEL for video calling/chatting. To make the user active on both the Sims at a single instant of time this device supports Dual Sim (GSM+GSM) with Dual Standby technology.

The price of ZTE Grand X Quad Lite is Rs 14,999 and is available for purchase in the few upcoming days.

Shifting the shaft towards the second launch of the day in the line up which is the low cost entry level range Android smartphone, ZTE Kis flex flaunts 3.5 inch of of capacitive touch screen display with 320×240 of pixel resolution. Dealing with its platform dependency, this device sails on Android 2.3.6 Gingerbread operating system powered with a single core processor running at a clock speed of 1GHz. 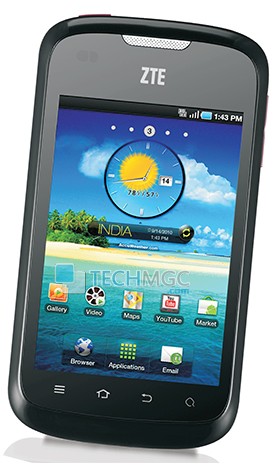 In terms of software specifications, this device comes with 512MB of Internal memory which is almost of no use now-a-days. It has 256MB of RAM makes the device somehow capable to small sized application decently. It comes with two Sim slots means dual Sim with dual standby technology is supported. Coming towards its photography specifications, this device lacks secondary camera but houses a slot for primary camera which is rated at 2 MEGAPIXEL and capture your moments.

Connectivity wise, it supports 2G, WiFi, Bluetooth and a 3.5 mm Audio jack. To power it up, this device is equipped with 1200mAh of battery which chunks a decent amount of standby and talktime. The price of ZTE Kis Flex is Rs 2,890.

What you all think at this price will ZTE can attract the interest of Android buyers in India. Share your view what you think.