One of the leading manufacturer of smartphone and tablets across the nation recognized as Micromax mobiles worldwide has added a new entrant in it’s top selling and one of the most popular range of smartphone series familiar to us as The Canvas Series . This new handset is named as Micromax Canvas A92 and it packed with some nice features and specifications at an affordable price range. 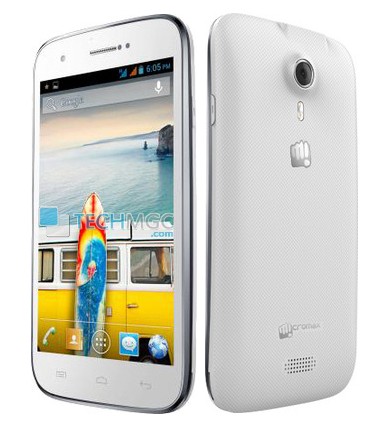 Micromax , has now become a popular brand in India as it has now many well-received smartphones in its bucket. The recently launched smartphones by Micromax are very much appreciated by the customers and are selling in good numbers too. Micromax has expanded its market throughout the world by their featured, smart technology equipped smartphones available at an affordable price range. Coming towards the specifications and details of this device, Micromax Canvas A 92 sports a huge 5 inch of TFT IPS Capacitive touch screen display with 480 x 854 of pixels resolution. This huge pixel resolution will chunk out 196 ppi of pixel density, making the display more crispier and sharper. In terms of measurement, this device has 77x147x10.8 mm in terms of overall dimensions and measures 10.8mm in thickness.

Dealing with it’s platform dependency, this device sails on Android 4.1 jelly bean operating system powered with a dual core processor at a clock speed of 1GHz. This device supports dual sim ( gsm + gsm) with dual standby technology, which makes the user feel free from hassling between multiple sim. Enumerating it’s storage specifications, this device is equipped with 512MB of RAM, 4GB of internal memory which can be expanded up to 32GB via micro SD card slot. However, 512MB is good but not good enough as most of the other native makers are offering their newly launched devices 1GB RAM.

Connectivity wise, this device support 3G, 2G, WiFi 802.11 b/g/n, Bluetooth, FM radio with recording and a 3.5 mm audio jack. In terms of storage specifications, this device is equipped with both the primary and secondary snapper options. On it’s back side, it includes a primary camera rated at 5 MEGAPIXEL with LED flash technology which ensure the user to click nice snapshots even in the dim vision. It lacks secondary camera. Some of the other features include night Mode, multi-shot Mode, Fixed Focus, Flash Support, Brightness Level – 5x.

The price of device is Rs 8,499 and is available on all the leading online retailers across the nation. To power it up, this device is equipped with 2000mAh battery which the company claims to deliver 6 hours of talktime and 240 hours of standby time.