Domestic manufacturer, Celkon Mobiles placed its creation to the test against the likes of Micromax, Karbonn and Xolo in the entry level segment of android smartphones in India. Company has announced to introduce a new entrant named as Celkon A8+ under it’s A’core series of Smartphones. This new handset will caters the increasing demand of budget smartphone in the country. 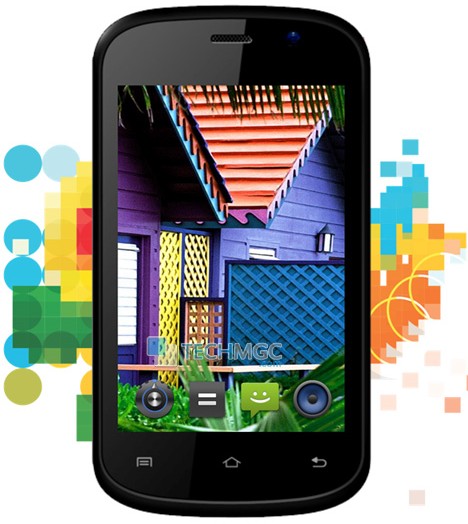 The wide range of products available at Celkon ensures that there is a phone for every pocket. The price of Celkon A8+ will be disclosed within a few weeks but from it’s features and specifications mentioned below we can assume it to be a low cost smartphone made to suit every pocket. Coming towards the specifications and details of Celkon A8+ , in terms of frame up, this device flaunts a decent 3.5 inch of capacitive touch screen display with unmentioned range of pixel resolution. Dealing with it’s platform dependency, Celkon A8+ is expected to sail on Android 4.0 ice Cream Sandwich operating system which is slowly disappearing from the market. This device is powered with a single core processor which is running at a clock speed of 1GHz. This phone will be expected to join the elite club populated by many smartphones in India that have nice feature and specifications at affordable price.

In terms of Storage specifications, the information regarding this device RAM support is yet to disclosed, though we can assumed it may come with 256MB or 51MB of ram which could be added advantage for the whole unit. Company has clearly hidden some of the specifications and details of this smartphone for the launch probably. Internal memory and support of external memory through any expansion type will be cleared at the time of launch. Briefing it’s Photography specifications, this device includes both the primary and secondary snapper options. On it’s back side, it includes a primary camera rated at 2 MEGAPIXEL and on it’s front it has been installed with a front facing camera rated at VGA for video chatting.

Enumerating it’s Connectivity specifications, this device includes GPRS, Bluetooth and Wi-Fi, FM Radio and a 3.5mm Audio jack. Users can enjoy the preloaded application such as Opera Mini, My Mango, and Yupp TV. As a promotional offer Celkon is offering back cover on the purchase of A8+ for free. To power it up, company has encumbered 1350 mAh of battery.

Quick View of Celkon A8+ specifications: