Domestic manufacturer, Lava Mobiles known for its low cost and budget smartphones in India has added a new premium phone in its range of smartphones today. The new element has been named as Lava Iris 504Q under it’s one of the most popular and prodigious ranges of smartphone series called as Iris worldwide. 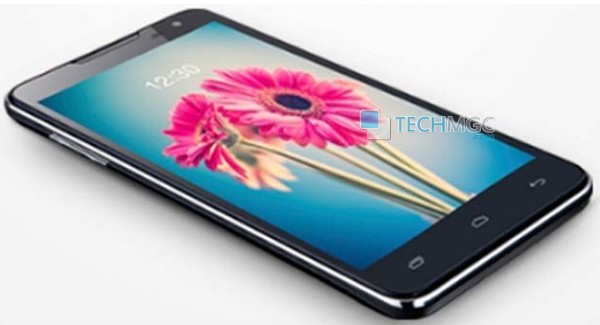 Lava Iris 504Q is packed with some new features and specifications which were only seen in recently launched Samsung Galaxy S4. Samsung is somehow acting as trend-setter in the market, it was quite obvious that after the launch of S4 with some new features like Air Gesture, other manufactures will follow it soon but this soon was not expected. LAVA becomes the first domestic manufacture to follow Samsung’s footprint and has introduced Lava Iris 504Q with Air gesture support . The gesture motion feature allows users to interact with the phone just by waving your hand in air. It can be used for clicking photos, changing tracks, tuning FM channels and browsing gallery on the smartphone. This feature was originally introduced in Samsung Galaxy S4 and now from the launch of Lava 504Q we expect others to follow soon.

Coming to the device technical details and specifications, this devices measures 140X73X8 mm in terms of thickness department which makes it quite similar to Galaxy S4. On the front, this device supports a huge 5 inch of HD IPS Capacitive Touch Screen display with 1280X720 pixels resolution. Other entities up front are 3 capacitive touch buttons for navigation which makes the overall display and front design similar as compare to many branded premium devices.

Dealing with it’s platform dependency, Lava Iris 504Q sails on Android 4.2 Jelly Bean Operating system which is the latest bug-free Android version. This device is powered with a Quad core processor running at a clock speed of 1.2GHz. The graphics and gaming section for this device are bolstered by a PowerVR Series5XT GPU. Lava has also equipped this device with Dual Sim (GSM+GSM) support. In terms of Camera, this device houses both the primary and secondary snapper options. On the back side, it includes a primary camera rated at 8 MEGAPIXEL aided with LED flash. The phone also has the capability to record 1080p videos. On it’s front, it support a 2 MEGAPIXEL of front facing camera for video chatting.

Lava co-founder and director Hari Om Rai said that the new product is a leap in launching premium Smartphones. Iris 504Q, he said is technologically competitive product. “We have R&D facilities in China and India with a team of 150 engineers,” Rai said. He added, ” Lava is leading in feature phone sales in various states that include Uttar Pradesh, Himachal Pradesh, Jammu & Kashmir, Punjab and Uttranchal. “We directly reach to 10,000 retail shops and have 700 service centers across India,” he informed.

The company officials said that they are expecting to sell overall 1 million devices in June while during the festive season (October), the sales would go up to 1.5 million units. “We will keep launching premium devices and strive to give reliable products to consumers,” Rai said.

The company has also bundled a few applications like Hungama Music, Opera web browser, and Modern Combat game on the smartphone. In terms of power capacity, this device is equipped with 2000mAh of battery which will deliver 4-5 hours of talktime.

The phone will hit stores by the end of June with a price tag of Rs.13,499. At this price point, the phone competes directly with Micromax’s popular Canvas series of phones.

To readers, what do you think, by using the new innovative of Samsung Galaxy S4, is LAVA is taking right path, do you think it can actually attract more customers ?