High Tech Computer Corporation familiar as HTC, one of the premium manufacturer and service provider in telecommunications has unveiled it’s new Smartphone as,”HTC One SV” in the Indian market to add another product in the line up of it’s prodigious,”One Series” of Smartphones. 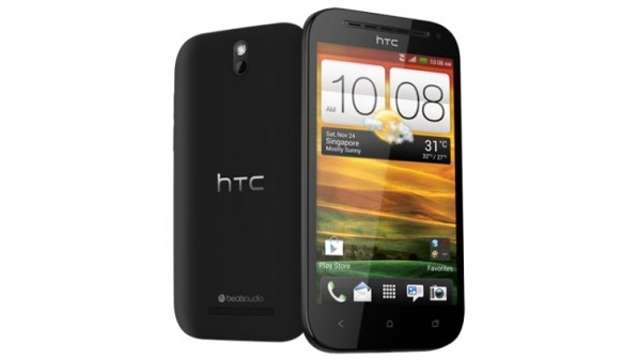 HTC One SV will feature a descent 4.3″ Super LCD-2 display with 480×800 of Pixel resolution, it also packs up with Corning Gorilla Glass 2 protection enabling the end-user to have scratch free experience for long term. HTC One SV will run on Android 4.0 (ICS) Operating system with HTC Sense UI and it is powered up with a dual-core Snapdragon S4 chipset clocked at 1.2 GHz, with 1 GB of RAM. In terms of Memory, the smartphone comes with cloud storage through integration with Dropbox and SkyDrive, we have also heard that HTC One SV will be equipped with 8 GB internal storage which can be easily extended upto 32 GB using MicroSD card slot.

Peter Chou, CEO of HTC Corporation said,“The HTC One SV heralds the next generation of smartphone performance and lightning fast mobile internet, We’re delighted to help fuel the spread of 4G LTE networks worldwide with models that enable our customers to enjoy web browsing, movie streaming and Internet radio more quickly and more smoothly than ever before”. In terms of Connectivity, HTC One SV will support LTE, 3G, GPRS, EDGE, Wi-Fi, NFC
and Bluetooth.

Dealing with Photography, HTC One SV has both the cameras the rear camera is offered with 5MEGAPIXEL and the Front Camera at 1.6 MEGAPIXEL with 1080p HD Video Recording. HTC claims that the One SV’s camera advanced functions such as one-press Continuous Shooting and VideoPic, combined with advanced low-light performance for shots in low-light conditions. The company claims that exclusively available on HTC smartphones, Beats Audio offers studio-quality sound for music, gameplay and video playback. The bundled HTC Sync Manager also makes syncing and managing music easy.

However, no such information regarding to it’s price and availability is mentioned. For, further information keep updated with us.