Though Smartphone market is full of thousands of power packed devices from cheap to very high end, but being a very lucrative electronics segments, companies are launching one after another device, this time it is Huawei who has silently popped up a new element that joins the arena by introducing, “Huawei Ascend Y300” worldwide. 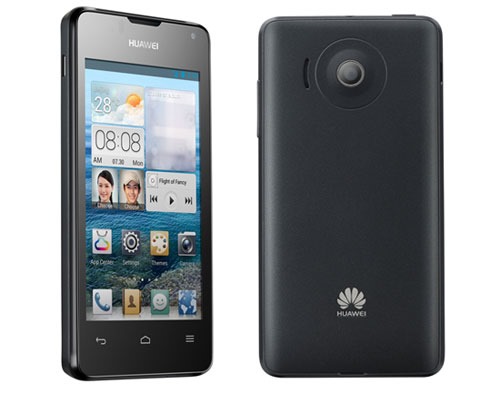 Continuing the launch under their premium series Ascent , company has encumbered it’s latest product Ascend Y300 with all the latest specifications and features. However, this device hasn’t been available for sell yet though it has been showcased up with a pre-order tag on the world’s one of the most leading e-commerce retailing outlet Flipkart. Eying on to it’s specifications, Huawei Ascend Y300 is featured with a descent 4 inch of TFT LCD Capacitive Touch Screen display with 480×800 pixels WVGA pixels resolutions. The device supports Accelerometer, proximity, ambient light, magnetometer sensor. Specifying it’s dimensions and speaking towards it’s portability, Huawei Ascend Y300 weighs nearly 130 gms which makes it quite easier to carry around and measures 124.5×63.8×11.2 mm in overall dimensions. In terms of Platform dependency, Huawei Ascend Y300 sails on Android v4.1 Jelly Bean Operating powered with a Qualcomm MSM8225 Snapdragon Dual Core Processor clocked at 1 GHz. It also supports Adreno 203 GPU to offer advance gaming experience to the end-user. The device support Single SIM GSM facility which is quite surprising to see as most of the recently launched Smartphones in the market were supported with Dual SIM, Dual Stand By technology.

Enumerating the device Storage Specifications, Huawei Ascend Y300 will be incorporated with usual standard storage specification dubbed in a medium range of smartphones and it will be available with 512 MB of RAM with 4 GB of Internal memory which is expandable up to 32 GB via micro SD card slot. In terms of Connectivity features, the device support 3G with HSDPA up to 7.2 MBPS, Bluetooth v2.1 with EDR, WiFi, Micro USB, GPRS Class 12. Briefing it’s Photography Specifications, Huawei Ascend Y300 support 5 MEGAPIXEL of primary camera with autofocus, LED flash technology and a secondary VGA camera. It also support video recording GWGA at 30fps.

Depending on the cost of Huawei Ascend Y300 it’s looks like it will set a tough fight against Karbonn A9+, Karbonn A21, Lava Iris 502, Spice Stellar Nhance.