Engendering the most affordable tablets in collaboration with the Indian Ministry for Human Resource Development, Datawind a British manufacturing company serving in computer hardware worldwide has launched a new successor under Ubislate series of under budget tablets named,”Ubislate 7C+” in the country. 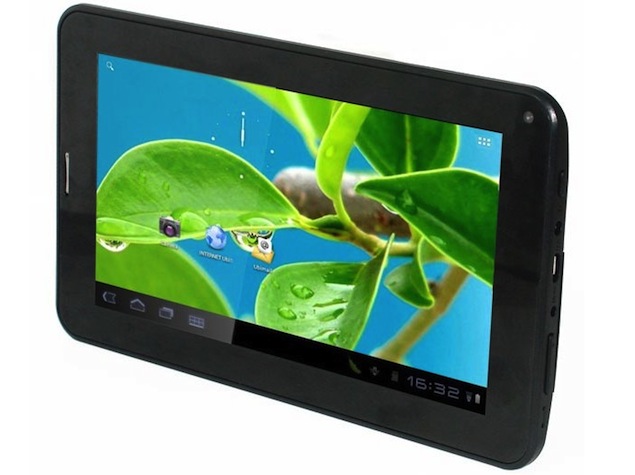 Datawind is now widely known for it’s development of an inexpensive tablet titled as, “Aakash” in the country to leapfrog the motion of educating its large population with information and technology world. Opening the Gate post and impelling the specifications of Datawind Ubislate 7C+, in terms of frame-up Ubislate 7C+ sports 7 inch of Capacitive Touch Screen display with 800×480 pixel resolution. No information is available regarding it’s body dimensions however, as per our convictions it will weigh nearly 250-350 gms. Dealing with it’s Platform dependency, Datawind Ubislate 7C+ run on Android 4.0 Ice Cream Sandwich Operating System with streamlined user interface which makes this device easy to navigate along with a faster, more intuitive text input. Power with a mediocre A8 Processor clocked at 1 GHz which should give acceptable computing power. One of the most noticeable feature in this device is support for 2G sim with voice calling facility in such price tag. Briefing it’s Storage Specifications, this device support 512 MB of RAM with 4 GB of Internal memory which can be easily expandable up to 32 GB via micro SD card support. Dealing with it’s Connectivity Specifications, Datawind Ublislate 7C+ support WiFi, GPRS, micro-USB and a 3.5 mm Audio jack, however the device lacks inbuild 3G support though it’s a biggest drawback but it can support 3G via External Dongle.

In terms of Image Optics, Datawind Ublislate 7C+ equipped with a VGA front facing camera and lacks a primary camera. To run this device, Datawind Ubislate 7C+ supports 3200 mAh of battery with 3-4 hours of talktime. Some of the inbuilt applications includes Document Viewer, Google Android Market, etc. It has also an inbuilt G-Sensor.

The price of Ubislate 7C+ Edge calling tablet price in India is around Rs. 5999 and is available for sale on all the leading online retailers across the country.