Videocon is planning to launch it’s two new budget Android smartphones very soon in the Indian market. Videocon with the upcoming launch of it’s two smartphones has planned it’s comeback as a strong companion in the Indian Smartphone market as they were out of lime light from a while. 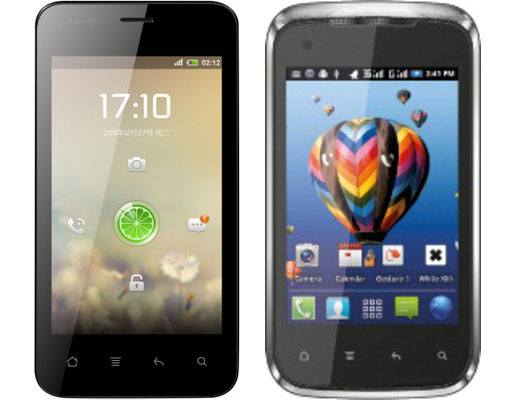 Christening Videocon A20 and A30, the handsets will be available in Dual Sim feature. Company’s official’s has stated,”that their products will be made available to all the leading retailer’s at the end of this month”.

Speculating with Videocon A20, it will be powered with Android 2.3 Gingerbread operating system, this smartphone will feature a ethical 3.5-inch capacitive touchscreen display, powering single clock 1GHz processor and a descent 3 MEGAPIXEL rear camera with VGA front-facing camera to make video calls. In terms of Connectivity it could features such as FM, Wi-Fi, Bluetooth, GPS and it will exude energy from 1350 mAh battery. The price of this smartphone is excogitated between 5,000-6,000.

However, the A30 is expected to have better-featured and ships with Android 4.0 Ice Cream Sandwich, which will sports a descent 4-inch capacitive touchscreen display with WVGA resolution and is equipped with a powerful 1 Ghz Dual-Core Processor and it will drain a energy from a bit slightly embed 1500 mAh battery. This Smartphone is expected to have a 5 MEGAPIXEL rear camera and front-facing camera will be the same is placed to make video calls. The price of this smartphone is ruminated around 10,000.