Norwegian browser maker Opera has released the beta build of its new Chromium-based browser called as Opera 15.0 Next for Mac and Windows O.S. Opera is quite popular in the IT industry, as the opera browser runs on a variety of personal computer operating systems, including Microsoft Windows, Mac OS X, Linux, and FreeBSD. Opera editions are available for devices using the Maemo, Bada, BlackBerry, Symbian, Windows Mobile, Android, and iOS operating systems, and Java ME as well. 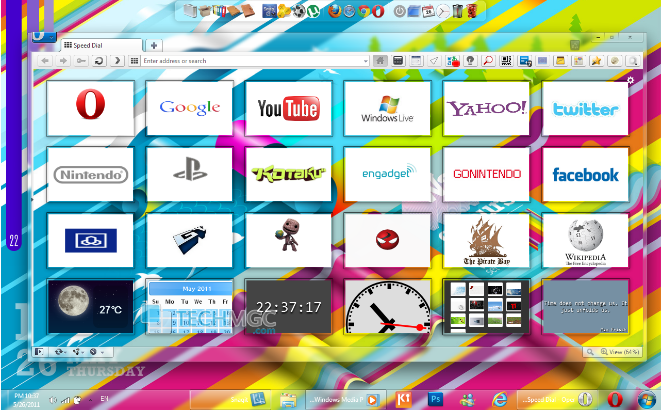 With the latest version of the browser, Opera has introduced new features as well as a completely revamped user interface, with the company saying, “The browser was ‘made from scratch’ and given a revamp to offer users a sleeker and easier browsing experience.” To start with, the address and the search bar have been combined, allowing you to type in your search queries right in the address bar, as you would do on Chrome or Firefox. The speed dial screen too has been given an update and it now supports folders.

“Completely rethinking a browser in today’s competitive market is a big thing,” says Opera Software SVP of Desktop Products, Krystian Kolondra. “Our new browser is more beautiful and allows users to harness the massive amount of web content they are witness today. Give it a try and discover something completely new.”

Earlier, when Opera had released it’s new version for Android it was given the number 14.0 while the desktop version has been named 15.
So company has changed the version number from Opera 12.15 to Opera 15.0 Next, hence the new desktop and mobile browsers will now be named according to the engine version powering the browser.

As we mentioned about the Speed Dial in the above paragraph, apart from just updating and creating folders about the speed dial it has been tweaked to make the browsing more smarter and hassle free. It also offered with Speed Dial shortcuts, which can be easily organised in folders by simply dragging one Speed Dial entry on top of the other to make a new folder. Next feature is called as Discover allows users to get all the latest articles from their country or region in the browser. To use this feature, all you need to do is just to pick and choose a category. As an example, if you’re looking for any news then: click news, about what: radio technology.

It has been also installed with a Search feature which enable the users to search directly from the new combined address and search bar. They can also choose any of the search engines to look for suggested websites. It is also revamped with a new refined user interface which is very sleek and integrates very well with the platform and has new visual nice looking icons, tabs and many more.

You can now easily download the latest version of Opera for Windows and Mac. So far it is looking interesting, would like to know from readers what they feel about the newly launched Opera 15 Next.