Launching budget smartphones at affordable prices is becoming a hot trend among Indian manufactures, and continuing with the trend , Xolo has introduced a new budget smartphone packed with some impressive features as XOLO A500S. It is supposedly the successor of previously launched XOLO A500. 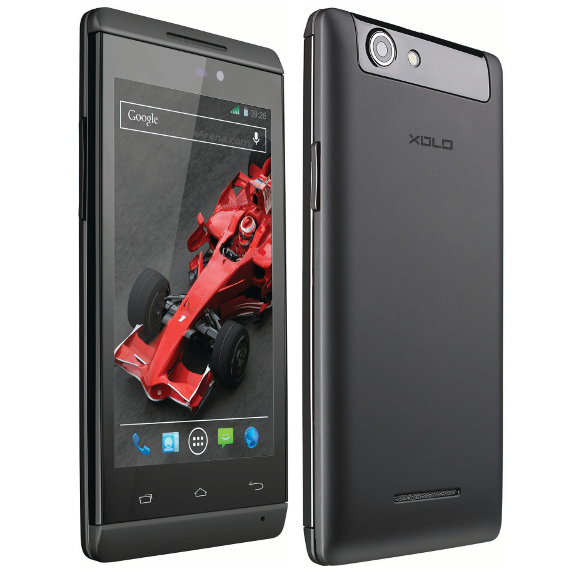 The new budget XOLO A500S is priced at Rs. 6,999. Coming to its details and specifications, on software front, it runs on the Android Jelly Bean 4.2 OS. Being listed on the lower side of the official website of Xolo this phone comprises of a 4 inch TFT screen with 800×480 pixels resolution which gives us around 233ppi density. The phone is pretty sleek and measure about 8.9 mm in thickness.

In terms of its hardware, the phone works through MT6572W chipset and has 512MB RAM and with dual core processor clocked at 1.2GHz. For graphics processing, it is equipped with Mali 400 MP GPU. In the arena of its imaging capabilities, it is empowered with a 5 MP camera at the back and with a VGA camera in front and having a 4 GB internal memory.

The phone has got every thing you would like to see in a low budget android smartphone, the overall design is impressive and is adequately featured packed. Though there are many other phone in market in similar price range, it would be interesting to see how this phone fare against its competitor. For more news and insights, stay tuned with us.