One of the world bulkiest industry in the world today the gadgets industry facing unpredictable conclusions everyday. When anyone think that this might be the saturation of technology innovation in this industry, then only at that time a shinning wave emerges out from thousands of pipelines who get along and build this industry re-defines it’s uniqueness. And to continue it, LG the electronics giant has announced it’s new element under it’s prodigious series of Smartphones Optimus named, “LG Optimus GK”. 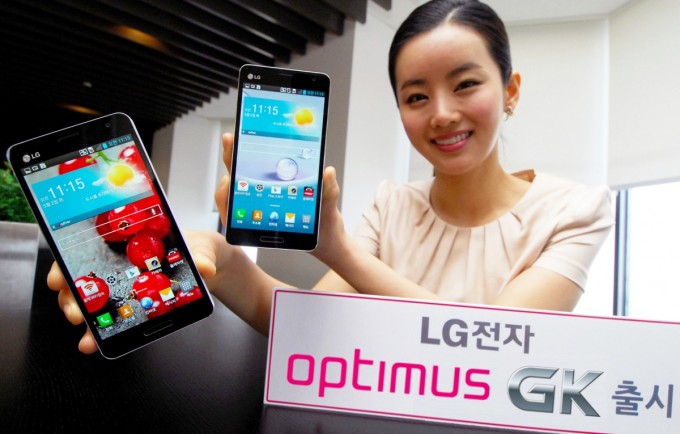 Though, “LG Optimus GK” resemble almost same specifications as we see in LG optimus GPro but yet there will be few upgrades which will be seen in this device. With LG OPtimus GK this south korean manufacturer is aiming to give a tough fight against the market lead in terms of popularity and technology Samsung Galaxy S4. Taking a U-Turn and accelerating the view towards it’s specifications, LG Optimus GK will be featured with 5.0-inch Full HD IPS Zero-Gap Touch screen with 1920×1080 pixel resolution, making 440 ppi of pixel density. However, it will be bagged up with a small screen size display as compare to LG Optimus G Pro which was offered with 5.5 of screen size. This drops of size in it’s screen will fascinate most of the buyers interest as most of the people prefer 4-5 inch of screen size to use it as a phone. Dealing with it’s Platform dependency, LG Optimus GK will sails on Android v4.1.2 Jelly Bean Operating system powered with a Quad Core Qualcomm Snapdragon 600 series processor clocked at 1.7Ghz.

In terms of Storage specifications, this device will be equipped with 2GB of RAM, 16GB of Internal memory which can be further expanded up to 64GB via microSD card slot. Briefing it’s Image Optics, LG Optimus GK is offered with both the camera a primary camera rated at 13 MEGAPIXEL making the capturing of the image filled with crystal clear quality and a secondary camera rated at 2 MEGAPIXEL for video calling. Eying on towards it’s dimensions, LG Optimus GK weighs nearly 156 gms, 9.9 mm in thickness and mesures 139.1 x 69.9 x 9.9 mm in overall dimensions.

Briefing it’s Connectivity support, LG Optimus GK will support 3G HSPA + network 4G LTE, Bluetooth 4.0, USB 2.0, Wi-Fi (802.11 a / ​​b / g / n (5GHz), NFC, SlimPort (HDMI monitor for display port (D-Sub) Supports). This device will be offered in one of the best colors in the industry for mobile handset and they are Platinum White and Black Indigo.

To Power it up, this device is equipped with 3100 mAh of battery.

There is no information regarding it’s pricing or availability disclosed yet.

So stay tuned for further updates.