Japanese electronics giant, Sony Corporation which has been making its way to the headlines quite often for it’s devices in the gadget industry has now created a storm in the range of premium compact cameras. Company has unveiled a new premium compact camera to upgrades it’s line up of digital smart cameras in the gadget industry as Sony RX100 Mark II . 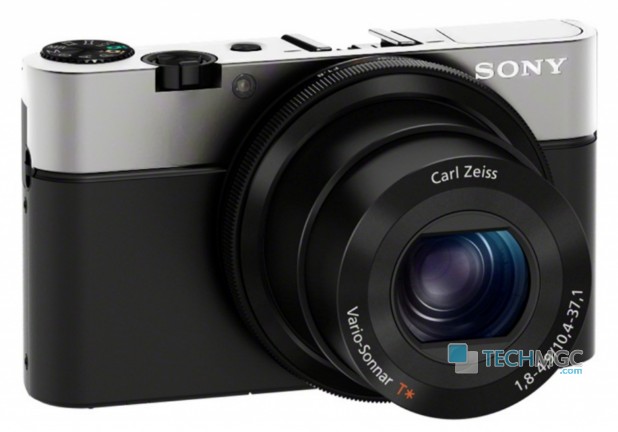 After the announcement, it is clear that this new premium compact camera will be an updated version of company’s earlier launched Sony RX100 which was debuted last year. This camera was one of the best camera available in the list of premium compact camera. Coming towards it’s display specifications, it comes with a 3 inch LCD articulated screen which makes this device flexible enough to tilt up and down. An articulated screen means it has two or more sections can be connected by a flexible joint. Since, it has two sections and both of which are fantastic and simple in features and improves the overall versatility of the camera. However, we expect it with a touch screen display but this device is still not a touch-sensitive.

Interestingly, the sensor remains the same as last year’s model and it has the same 20.2 megapixel resolution and one-inch sensor size that was in the original Sony RX100, as well as the same f/1.8 Carl Zeiss Vario-Sonnar T* lens with 3.6x optical zoom. A new feature like the backlighting on the sensor has a new maximum sensitivity of ISO 12,800 have been introduced to increase sensitivity and reduce noise in dimly lit shooting scenarios.

This new version also includes a new step Zoom function which allows the user to jump quickly to a focal length such as 28mm, 35mm, 50mm, 70mm or 100mm, using the control ring.

The same Multi Interface Shoe used in Sony’s NEX and Alpha ranges appears here, for easy pairing with optional accessories. As in the Sony RX1-R, the Sony RX100 Mark II features Triluminos Colour technology, to perfect colours which is similar to a Sony’s Bravia TV engine. The camera also shoots Full HD videos. Connectivity wise, it also supports Wi-Fi and NFC connectivity which will most likely take the usual route of allowing you to share photos online. NFC technology provides one-touch sharing with other NFC-enabled devices.