MSI, Taiwanese electronics company based in New Taipei City has launched a new element to upgrade it’s portfolio in the range of Notebook series. This new element introduced by the company is called as MSI Gaming Notebook modelled as MSI GE40 was unveiled by the company at the Computex 2013. COMPUTEX Taipei, or Taipei International Information Technology Show is a computer expo held annually in Taipei, Taiwan. Since the early 2000s, it has become one of the largest computer and technology fairs in the world. 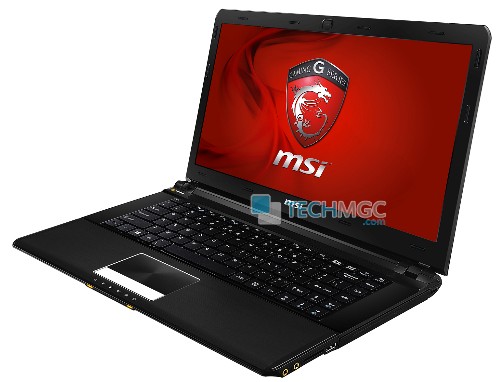 MSI is a popular brand among the tech geeks and to hold it’s reputation, company has introduced this new notebook targeting gamers. Coming to it’s specifications, GE40 sports 14 inch of display with 1600 x 900 of pixel resolution. The GE40 uses a “Matrix” technology that allows three different display to be connected simultaneously. This device is powered with i7-4702MQ processor at a clock speed of 2.9GHz and a 2GB of NVIDIA Ge Force GTX760M GPU card. Mixture of i7-4720MQ processor with 2GB of NVIDIA Ge Force GTX760M GPU card is enough to attract the interest of gaming lovers and high end power users.

In terms of Storage, this device has been incorporated with 8GB of RAM, a 750GB 7,200RPM hard drive. For connectivity this device supports dual USB 3.0 ports, and a single USB 2.0 port. This device weighs 4.4lbs which is pretty much light weight when compared to other gaming laptops. If you want to upgrade the hardware of the GE40, MSI has a $1,400 version which throws in a 128GB mSATA SSD along with the 750GB HDD. However, the starting price of GE40 is from $1,399.99.

MSI, is one of the world’s largest information technology manufacturers with its Baoan Plant in Shenzhen and research and development facilities in Kunshan. Some of the most diversified business operations of the company worldwide ranges from manufacturing the motherboard, video card, servers/workstations and many others.

“The GE40 was designed for mobile gamers seeking the best in gaming performance but not wanting to carry around larger laptops,” said Andy Tung, vice president of sales for MSI in the U.S. “Even though the GE40 is exceptionally light and nimble, it is still packed with high-performance components worthy of a desktop replacement unit.”

In addition to that, MSI is also offering this device with a Sound Blaster Cinema and Audio Boost support to help deliver amazing surround sound with immersive and realistic sound clarity.