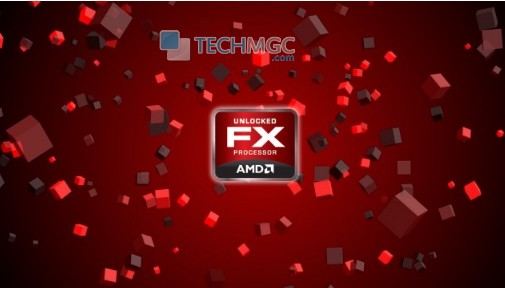 AMD is a well known, popular and a reputable brand in terms of manufacturing high quality computer processors, motherboard chipsets, embedded processors, graphics processor for servers, workstations etc. And now to continue the same lead in this arena, company has finally flexed its processor muscles and introduced the first commercial 5GHz CPU worldwide named as AMD FX-9590 .Definitely a great news for gamers worldwide who loves to enjoy gaming on smart consoles and are looking for even more power, this 5GHz of CPU power will enhance their smart devices with unleashed and untamed gaming and overall surfing experience up to 5 times higher than the current ones.

This new CPU will be the part of company FX series which is the most prodigious series introduced by the company in the range of processors. To let you know, the AMD Quad FX platform, being an extreme enthusiast platform allows two processors to connect through HyperTransport. This new 5GHz CPU is based on AMD’s “Piledriver” architecture, which came out last year and offers significant improvements over the previous “Bulldozer” core in several areas, including energy efficiency. It also features AMD’s Turbo Core 3.0 technology, so performance is optimized to cloak with the most intensive of workloads.

“At E3 this week, AMD demonstrated why it is at the core of gaming,” Lienhard said in a statement. “The new FX 5GHz processor is an emphatic performance statement to the most demanding gamers seeking ultra-high resolution experiences, including AMD Eyefinity technology. This is another proud innovation for AMD in delivering the world’s first commercially available 5GHz processor.” AMD, Intel and other chip makers over the past several years have moved away from chip speed as a key metric for processors, focusing more on such features as core count and energy efficiency. However, in the lucrative gaming industry, chip speed is still important.

However, information regarding their released is yet to be disclosed but it can be assumed nearby “this summer.” No word on pricing yet, but it will be below the Intel pricey chips.

For more information on technology news, stay tuned with us.