A new element in the Full HD display has been officially launched by one of the leading native maker which is quite popular and a well known brand for affordable range of tablets in India called as, “i Berry”. The name of this newly admitted element is dubbed as iBerry Auxus Nucela N1 packed with some nice features and specifications. 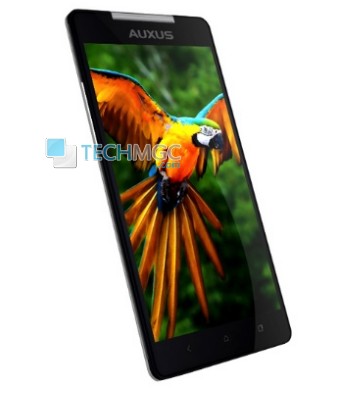 With the launch of this new device, iBerry has joined the smartphone league as iBerry Auxus Nuclea N1 which is their first smartphone launched ever by them. Coming towards the specifications and detail of this smartphone, iBerry Auxus Nuclea N1 sports a huge 5 inch of Full HD active matrix display with 1920×1080 of pixel resolution. The large screened device enables you to experience the brilliance of life in 16 Million color output and is designed to bring the best of the Android eco-system onto your fingertips. Dealing with it’s Platform dependency, this device sails on android 4.2 jelly bean operating system powered with a quad core processor running at a clock speed of 1.5GHz. This device include MediaTek MT6589T chipset which is the most powerful chip launched by MediaTek with ARM Cortex A7 application processor, PowerVR SGX544MP GPU clocked at 357 MHz. With high high powered specification it certainly lure power users to enjoy ultra fast gaming, graphics, surfing net, downloading application in a single blink of eye.

It also allows the users to remain active on multiple SIM, anywhere on a single device by supporting Dual Sim with Dual Standby technology (GSM+GSM). In terms of storage specifications, this device is equipped with 1GB of RAM which provides a adequate support for multitasking. It support 4GB of internal memory which takes care of all your data files, music and video files, photos and many more which can be expanded via micro SD card slot. Enumerating it’s photography specifications, it comes with both the primary and secondary snapper options. On it’s back it comes with a primary camera rated at 13 MEGAPIXEL with BSI sensor which maintains the quality of the pictures even in the dark vision. On it’s front, it supports a front facing camera rated at 8 MEGAPIXEL for video chatting. Some of the other features of the camera includes autofocus technology, led flash.

Connectivity wise, this device in enriched with almost all the latest trending connectivity options and support 3G, 2G, Wi-Fi, GPS, Bluetooth, micro USB, 3.5mm audio jack, Gesture control, magnetic sensor and voice unlock. To make the life going on for this device, it is equipped with 2800mAh of battery which is enough to procure a decent output and standby time.

The price of iBerry Auxus Nucela N1 is Rs. 15,990 and it will be available for pre-order very soon.