In a short span of time, Byond Tech has become a major player in the mobile phone industry with a slew of smartphones launches in the low price segment. Byond Tech has now added a new element to upgrade it’s portfolio as a trustworthy and reliable seller under low cost price segment of smartphones. This new element is named as Byond B60 and is available for sell on all the online leading retailers across the nation with a price tag of Rs 5,499. 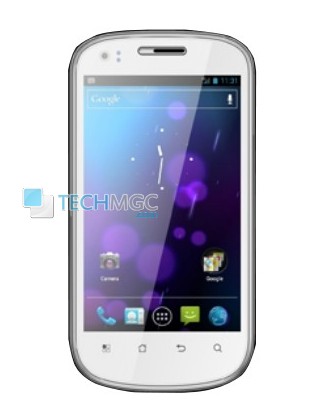 The Company provides innovative mobile and communication solutions with endless business opportunities and entertainment for end users. The same policy lies behind the concept of Byond B60 . Coming towards it’s specifications, this device sports 4 inch of capacitive touch screen display with 800*480 of pixel resolution. The resolution of the display is good as compared to other devices available under the same price segment. This big screen with enormous pixel resolution deliver 233.34 ppi of pixel density which gives you a crisp and bright view. To help those buyers who are of switching SIM cards, Byond B60 supports dual sim (2G+3G) with dual standby technology which lets you actively use 2 SIM cards on your mobile phone and remains connected 24 x 7.

From the software front, as almost all the device sails on Google Android operating system except Nokia Lumia series which operates on windows this device also run on android operating system. Byond B60 runs on the outdated android 4.0 ice cream sandwich operating system which is quite manageable under the offered price tag. In terms of hardware, this device run on cortex a7 single core processor at a clock speed of 1Ghz. In terms of storage specifications, this device is equipped with either 512MB of RAM (not yet confirmed), 4GB of Internal memory which can be easily expanded up to 32GB via micro SD card slot. Enumerating it’s camera options, this device includes both the primary and secondary snapper options. On it’s back, it include a primary camera rated at 3MEGAPIXEL with LED flash technology which enable the user to capture nice snapshots even in the dim vision. On it’s front side, it include a secondary camera rated at 1.3 MEGAPIXEL for video calling.

Briefing it’s connectivity specifications, it include 3G, Bluetooth, Micro USB, 3.5mm audio jack, Wi-Fi and GPS. The power for this device has been installed with 1500mAh of battery which gives 5 hours of taltime. Some of the pre-installed applications include social Networking Site, 6,00,000 + Application support from Google Playstore and many more.

Quick View of Byond B60 Specifications: