Zync, one of the leading company pioneer in manufacturing tablets has launched a bunch of power packed tablets in the Indian market. With the launch of,” Zync Quad 9.7, Quad 8.0 and Quad 7.0″ company has strongly benchmarked it dynamism and competency capability to the outside world. 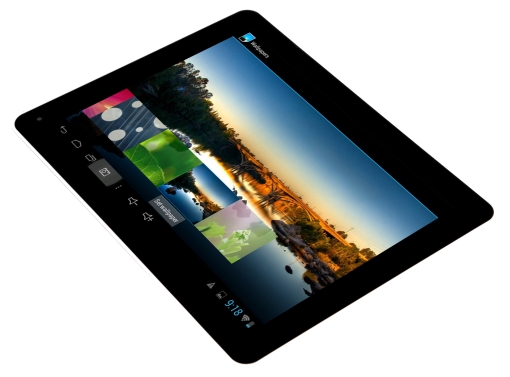 It looks like company has took a major step to cater the common man by manufacturing a variety of products with the latest technology without burning down the pockets of the buyers. Shifting the spot light towards the first entrant, Zync 9.7 as the name suggests featured with 9.7-inch LED-backlit IPS display with 2048×1536 pixels resolution ( which is equivalent to Apple’s iPad 3 Retina Display) and a 10 point multi touch screen. Under the hood, this device run on Android 4.1 Jelly Bean Operating System powered with a Quad Core processor clock speed at 1.5 GHz with Mali-400 GPU. However, most of the domestic buyers are now encumbering their devices with SIM card facility it kind of sad to see how this device lacks it. In terms of Storage Specifications, Zync 9.7 packed with 2GB RAM, 16 GB of internal memory which can be expandable up to 32 GB via micro SD card slot.

Opening the Camera Unit, it comes with 5MEGAPIXEL of primary camera and in the front panel a 2 MEGAPIXEL of front camera is slotted for video calling. Briefing it’s Connectivity Specifications, Zync 9.7 support 3G via USB dongle
Wi-Fi, MicroUSB port and a 3.5 mm audio jack. To Power it up, it is equipped with 8000 mAh of battery. The Price of Zync Quad 9.7 is Rs 13,990.

While speaking on the launch of these products, Ashish Garg, Director, Zync Global, said, “Zync has been working on these products for some time and we are very excited at the launch. Our Quad 8.0 would be the first ever 8 inch tablet in India and the Quad 9.7 would be the only tablet with an LED-backlit Super HD IPS Display which the company has launched at such exciting price points. Our new offerings cater to the tech-savvy generation who want to possess the latest gadget with all the latest features bundled into one. Zync has been dedicatedly worked on bringing value for money products for its users and we are sure with the quad-core tablets, these offerings are going to create a rage amongst the younger audiences.”

Coming to Zync 8.0 Specifications, it holds the same specifications as compare to Zync 9.7 apart from the display and battery. Viewing it’s frame-up, it sports 8.0-inch display with 1024×768 pixels resolution. However, it uses the same quad core chip that is used in the previous one and the same OS. Battery size is 5400 mAH which is also impressive with NO SIM card facility. This Device will cost around a 1K bucks cheaper and priced at Rs 12,990.

Cleaning the fog from the third and the last gadget, Zync 7.0 as the name resembles sports 7.0-inch display with 800×480 pixels resolutions. Speaking it’s Platform dependency, it will run on Android 4.1 Jelly Bean Operating System and the first device amongst the three to be powered with Dual Core Processor clocked at 1.6 GHz, Mali 400 GPU. In terms of Storage specifications it resides 1 GB RAM with 8 GB of internal memory which can be expandable up to 32 GB via micro SD card slot. Conveying Image Optics, it comes with a rear camera rated at 2 MEGAPIXEL and a 0.3 MEGAPIXEL of front camera for video calling.

Zync has introduced a common platform in all these products by powering them with Android 4.1 Jelly Bean Operating System. Such high-specifications at such a price tag will surely attracts lots of tech lovers to eye-on.