Entry level range of smartphones or low cost Android powered smartphones in India has gained a lot of popularity by witnessing countless launches from various mobile phone manufacturers and now one of the leading Indian vendor of consumer electronics familiar to us as, “Videocon Mobiles” has added a new entrant to upgrade it’s entry level range of smartphone segment in the Indian market. Launched at an affordable price of Rs. 4,600, Videocon A24 is another entrant in low cost smartphone segment by the company. 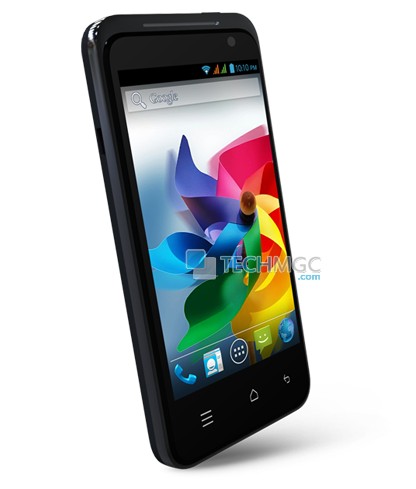 Recently a month ago, Videocon had introduced Videocon A55HD as a low cost HD Android smartphone. This phone was filled with all the latest specifications and features which any you may expect from a decent smartphone, it has gained a lot of popularity by getting reviewed on popular technology websites,forum etc. This device was considered as a strong competitor against all the other devices of the same category. And now from the launch of Videocon A24, company is looking to have strong instance in even lower priced smartphones.

Moving towards the technical specifications and details of this smartphone, in terms of frame up this device sports a decent 4 inch of capacitive touch screen display with 800*480 of pixel resolution. This device has nice range of pixel resolution which will deliver 233.24 ppi of pixel density. On the software front, it runs on Android 4.2.2 Jelly Bean operating system and comes preloaded with apps like Times of India, Hungama and V-Store along with ability to install more apps from PlayStore. Under the hood, this device is powered with a dual core processor running at a clock speed of 1.2 GHz. As with most of the budget smartphones now a days, this phone is also equipped with Dual SIM, dual standby feature allowing you to use two SIM in single phone.

Commenting on the launch, Khalid Zamir, Head Product Planning & Development, Videocon Mobile Phones Division said, “With the Videocon A24, we seek to answer to the needs of young consumers and first-time users, who are looking to migrate from a feature phone and immerse themselves in the exciting world of smartphones.”

Enumerating it’s storage specifications, this device comes with 256MB of RAM which is a disappointing fact of this smartphone. Internal memory is of 512MB which can be expanded up to 32GB via micro SD card slot. It measures a total of 11.8 mm of thickness which makes this device portable and it can fit easily into your palm. Briefing it’s photography specifications, this device includes both the primary and secondary snapper options. On the back panel, primary camera rated at 3.2 MEGAPIXEL has been installed to click nice pictures whereas on it’s front side secondary camera rated at 0.3 MEGAPIXEL is offered for video calling/chatting.

Connectivity wise, it comes with 2G, bluetooth 2.1 with A2DP, WiFi, FM Radio and a 3.5 mm Audio jack. To supply this device with a proper need of supplement it is equipped with 1450mAh of battery which claims to deliver 4 hours of talktime and 200 hours of standby time.

Brief summary of Videocon A24

At this price, Videocon A24 will directly compete against Spice Mi-422 phone and many more. On the side note, phone is powered with dual core processor however, comes with only 256MB of RAM, appears to be mis-match kind of configuration. Let us see how practical this phone can be in real life. Do share your views here.