LAVA is working on it’s latest,”Dream Phone Project” as per their social publicity on facebook which will be a new Smartphone with bigger screen. As per the market analysis, Lava has planned to launch a new Dual Sim Smartphone in XOLO series very soon in the market. 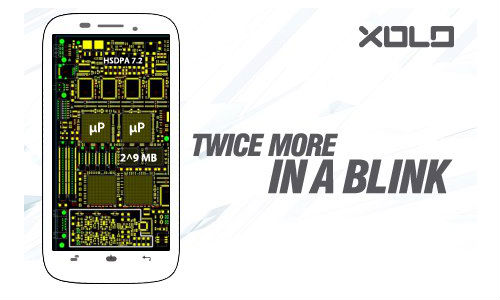 Specifying towards it’s Camera, it is expected that the Lava XOLO A700 will have a 5 MEGAPIXEL auto focus rear-camera with LED flash, whereas the secondary camera will be featured with VGA(HDR), apart from that it will support 720p of video recording with 3.5mm audio jack.

Dealing towards it’s memory, it is in rumor that Lava XOLO A700 will be incorporated with 512MB RAM, and 4GB of internal memory, which can be extendable up to with microSD. Speculating towards it’s Connectivity, it will support 3G with high downloading speed of about 7.2Mbps, WiFi 802.11 b/g/n, Bluetooth v2.1,aGPS. It is also rumored that Lava XOLO P700 will boot up in just 5 seconds. In terms of Power Management, Lava XOLO P 700 it will be served with 1700 mAh power capacity. It will be 9.1mm thick in dimensions. The Price of Lava XOLO P 700 is not enclosed yet. It will have 1 year of manufacturing warranty.