In the range of budget friendly Android Smartphone segment a new entrant has been popped up from the domestic manufacturer Celkon Mobiles named as,”Celkon A 87″ in the Indian market. Celkon A 87 packed with some average specifications to deliver and is available at a price tag of Rs 4,799. 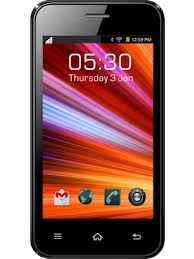 Defining it’s frame up, Celkon A87 sports a descent 4 inch Capacitive Touch screen with 480×320 pixels resolutions. Enumerating it’s Platform dependency, Celkon A 87 runs on Android 2.3 Gingerbread Operating System powered with a Single Core processor clocked at 1 GHZ, it’s surprising to see that the device is running with such an older version though techno market now loaded mostly with Jelly Bean or Ice Cream Sandwich operating System at such a price tag. Following legacy of domestic manufacturers, Celkon A87 is powered with Dual Sim with Dual Stand by technology. In terms of Connectivity, this device is baptized with 2g Network Support, WiFi 802.11 b/g/n, Bluetooth, 3.5 mm Audio Jack and a micro USB v2.0. Specifying the device Dimensions and Storage Specs, it measures 12mm of thickness and weighs nearly 115 grams. Apart from the dimensions it also support 512 MB of RAM and 512 MB of Internal Storage which can be expanded upto 32 GB via micro SD card slot.

In terms of Photography, Celkon A 87 is provided with with 5 MEGAPIXEL of autofocus rear camera for image capturing though it does not support secondary camera. To Power it up, this device is well equipped with 1450 mAH of battery (information regarding it’s talktime is not available).

Let’s see how Celkon A 87 will watermark it’s image in the domestic market.