Ever wonder how much RAM you need in a phone, with ZTE Nubia Z7 rumours, it is believe to have 4GB of RAM. As per rumours, this can be a very powerful phone with plenty of RAM and internal storage. All with 6.3 display size. 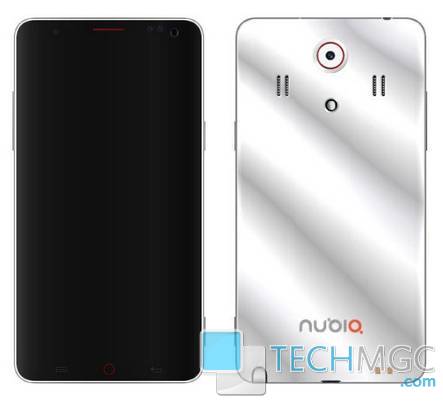 If you see its full specification then you will realize how well-equipped it is. It will be powered by Qualcomm’s Snapdragon 800 SoC with 4 Krait 400 CPU clocked at 2.3 GHz and will have Adreno 230 GPU for taking care of graphics.

As already mentioned, it has 4GB RAM and has 128 GB of internal storage however, there will be no support for external memory expansion. Coming back to its display specification, its 6.3 inch display will give you 2560×1440 pixel of resolution. That is so much of pixel in tiny area, that will give 466.22 PPI of resolution, should be crispy and sharp enough. The screen will bost Corning Gorilla Glass 2 technology.

Camera is said to be 16 megapixels and can record 1080p videos at 30fps. One of the other notable feature is that this all power and features will be in a 9mm shell thus making is sleek and powerful device. For the power front, it will be equipped with 4000mAH battery.

We first heard about this device when ZTE Z5 was launched. Apparently, with ZTE Nubia Z7 , company is looking to enter the new era of premium and most powerful handset in the line of Sony Xperia Z, Samsung Galaxy S4.

With all such power, it would be interesting how you are going to use it, its nothing less than a PC, even an average user now a days is still happy with 3GB or less RAM. 128GB of internal storage is more than enough for a mobile device unless you are going to use it for your backup or primary storage medium. Most probably they have not included microSD expansion slot to keep this device thin enough.

Other than that, we are waiting eagerly to see what would the price of such a powerful handset or rather phablet.