Zen mobiles, pioneers in bringing the affordable mobile handsets to the Indian shores equipped with the advanced technology is in the news once again. Zen mobiles has announced the launch of two new affordable smartphone under it’s Ultrafone range of Smartphones. These two Smartphones are named as Zen Ultrafone 501 and Ultrafone 303, which will be expected to launch in coming weeks this year. 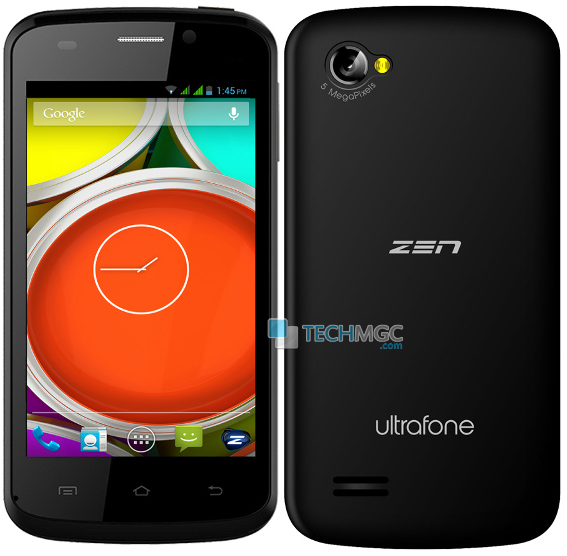 Last month, company has launched a high power configured device named as Zen Ultraphone 701HD in the arena of Quad core at an affordable price. And now company has announced the launch of two new Smartphones in which one will be dipped in the arena of single core and the other in the dual core powered smartphones ranges. Picking the first one in the queue and specifying it’s technical details, Zen Ultraphone 501 will sport a decent 4 inch of IPS Capacitive Touch Screen display with nice 960 x 540 of pixels resolution.

Dealing with it’s Platform dependency, this device will sails on Android 4.1 Jelly Bean Operating system powered with a Dual Core processor at a clock speed of 1GHz. Zen Ultraphone 501 will supports Dual Sim (WCDMA+GSM) technology, which enable the user to get active on two sim cards without undergoing the hectic shuffling of sim’s. In terms of Storage specifications, Zen Ultraphone 501 will come with 512MB of RAM, 4GB of Internal memory. If the user is willing to expand the memory, company has equipped this device with a micro SD card slot through which memory can be expanded up to 32GB.

Enumerating the device Photography specifications, this device is equipped with both the primary and secondary snapper options. On it’s back it includes, a primary camera rated at 5 MEGAPIXEL with LED flash technology, which enable the user to click nice snapshots in the low vision. On it’s front, it is has been installed with a front facing camera rated at 1.3 MEGAPIXEL for video chatting. Briefing it’s Connectivity support, this device supports 3G , WiFi 802.11 b/g/n, Bluetooth v2.1, aGPS, FM Radio and a 3.5 mm Audio jack.

Shifting the shaft towards the second element in the line up, Zen Ultraphone 303 sports the same screen size but features a bit low 800 x 480 pixels resolution. Dealing with it’s Platform dependency, this device will be powered by Android 4.0 Ice Cream Sandwich Operating system loaded with a single core processor at a clock speed of 1GHz. 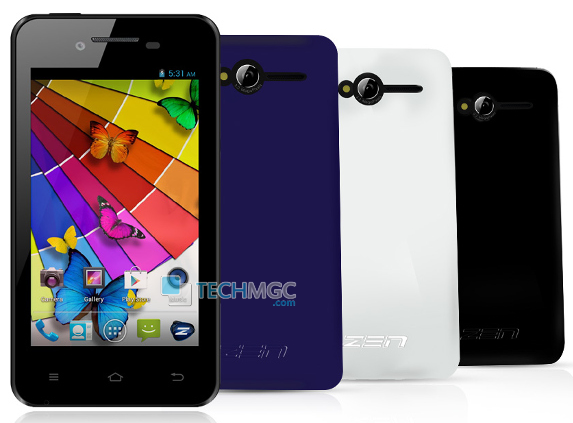 To Power it up, this device will use 1500mAh of battery. The price of Zen Ultraphone 303 is Rs 4,599. The Ultrafone 303 will come with 3 back panels in Carbon Black, Moist White and Sapphire colors.

For more information on technology, stay tuned with us.li