Zebronics, a well known PC component manufacturer and supplier in India has launched a new entrant named, “Zebronics Zebpad 7c” in the tablet segment of India. Zebronics Zebpad 7c which will be the new successor from the company’s earlier launched Zebronics Zebpad 7 . Company claims that this device will gave a tough competition against the other leading devices in the same segment. 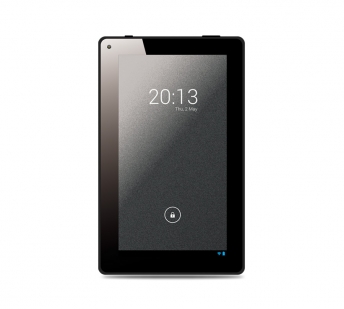 With Zebronics Zebpad 7c, company is aiming to upgrade its portfolio in tablet segment. Giving a glance towards it’s Specifications and details, in terms of display zebronics zebpad 7c sports 7 inch of Capacitive touch screen with 800 x 480 of pixels resolution which gives around 133px pixel density, not very strong but is good enough considering the price segment in which tablet has been launched. This device also supports 5 point multi-touch feature. In terms of dimensions and measurement, this device measures 192x118x12 mm in overall dimensions. Dealing with it’s Platform dependency, Zebronics Zebpad 7c sails on Android 4.0.4 Ice Cream Sandwich Operating system powered with a Single Core cortex A8 processor at a clock speed of 1GHz. Briefing it’s Storage specifications, Zebronic Zebpad 7c is equipped with 512MB of RAM, 8 GB of Internal memory which can be easily expandable up to 32GB via micro SD card slot. Company also mentioned on it’s official website that the Jelly Bean update for this device will be coming soon.

Eying on towards it’s Photography Specifications, this device houses both the primary and secondary camera. On it’s back, it has been installed with a primary camera rated at 2 MEGAPIXEL. And on it’s front, it supports a front facing camera rated at 0.3 MEGAPIXEL for video chatting. Some of the other pre-installed applications include Facebook, Twitter, YouTube (upload), Google Search, Email and Instant messaging.

However, the information regarding it’s power capacity, price and availability has not been disclosed on the company’s official website but from its specifications and features we can assume that this device may fall in Rs. 6000-7000 price band.