Reliance Communication commonly known as RCom, an Indian broadband and telecommunications giant headquartered in Navi Mumbai serving in telecom industry worldwide has launched a new CDMA mobile handset worth Rs 1,150 in the Indian market. Most of you might be thinking that why reliance has come up with such an outdated mobile phone strategy while looking at the current market standards? Well! it’s quite weird for us also but they are coming up with an surprise offer which will cut the price of this mobile phone and make it a purchase of Rs 150 only. 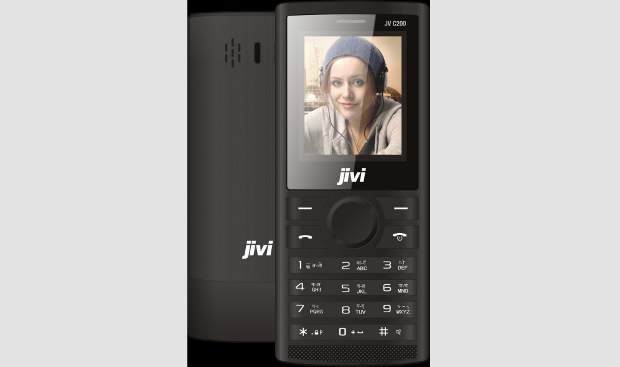 This new mobile handset will be a CDMA powered handset modelled as, “JV C200” which RCom has launched in collaboration with the one of the leading Chinese manufacturer named, “Jivi Mobiles”. The main highlighting feature of this mobile phone is it’s interactive offer which includes 1000 free minutes from Reliance to Reliance( calls ) every month for three months. So in a way the phone would cost you just Rs 150. Well that’s an impressive offer and it will surely hit the low budget buyers who still can’t afford and somehow still feel afraid in getting their hands on to a full fledged smartphone and costly devices. The phone can be used on Tata, Reliance and MTS networks. Reliance ranks among the top 5 telecommunications companies in the world by the number of customers in a single country. Reliance Communications corporate clientèle includes 2,100 Indian and multinational corporations, and over 800 global, regional and domestic carriers and knowing this fact it looks like only this company is able to put such a risky step forward in the Indian market.

One more good news for the Reliance existing user, R COM has officially disclosed that it existing users will get 200 minutes of Reliance to Reliance talk time for free and all local and national SMS messages at a subsidized price of 10 paise per SMS for the first three months. On the other hand, Jivi Mobile has also said that soon they will up come with more CDMA powered and Smartphones in the upcoming months.

Getting a glance towards it’s technical specifications, to make the life going on for this mobile handset company has equipped this device with a 1000 mAh BL-5C battery which is used in entry level Nokia phones, company claims that it will chunk out a talktime of 4.5 hours. To make the list of your contacts company has allowed a space of 1500 contacts in the phonebook and can store up to 500 SMS messages.

In terms of Storage, this device is equipped with 4GB of memory card for all MP3 content. Briefing it’s multimedia support, Jivi JV C200 houses a music player and a large speaker too. Some of the other features to make this mobile handset more interesting it is encumbered with games like Tetris, Boxman and Go Bang.

Overall, it’s a basic phone which will really cost you Rs 150 only with such an interesting offer.