One of the biggest mammoth serving in IT industry worldwide has launched a new device to upgrade its computer hardware portfolio and introduced a new device named as Google Chromecast which is a small dongle and can be plugged into your TV’s HTMI port. The price of this small dongle is around $35. However, the information regarding it’s availability across worldwide is remained undisclosed. 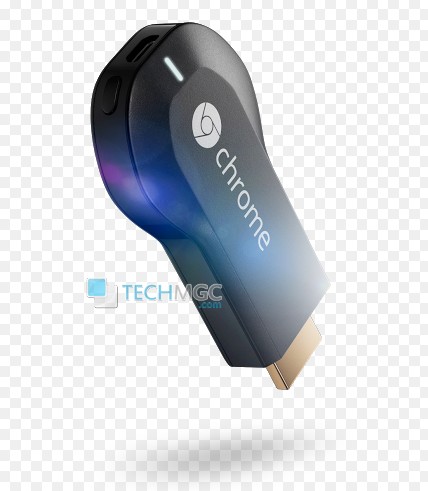 As the name suggests, it’s powered by Chrome and is designed to bring Google’s browser/OS to the biggest screen in the house. The Chromecast is the first expansion of the Chrome operating system out of traditional forms of computing ie. laptops. Up until now, Chrome OS was a desktop operating system, designed for use on a laptop or monitor. Google retooled it for the living room and tapped mobile operating systems to provide the content.

The Chromecast uses an AirPlay-type system to provide content to the device. From Android or iOS, users simply hit a button on YouTube to load the video on the other screen. This Google Chromecast enable you to easily stream Internet video on a television. To enjoy the fun out from this dongle, user can easily plug the device into the back of TV’s HDMI port though which you can connect it to your home WiFi network and you can then fire up videos or music on your phone, tablet and computer and watch it on the bigger screen.

“The Chromecast is easiest way to bring your favorite online entertainment to your TV,” Google Head of TV Technology Mario Queiroz said at the launch event this morning.

Google will build in the Chromecast support to the phone and tablet apps, themselves. For instance, the Android or iPhone YouTube and Google Video apps will have a Chromecast button that lets you play that video or song on the TV screen. In Chrome browsers on Mac, Windows and Chrome OS computers, the button will allow you to mirror what is on your computer’s Chrome browser on the bigger screen.

One thought on “Google Chromecast Video Streaming device for TV”