Sony, One of the giant in mobile handset and gadget industry from Japan has recently unveiled it’s new entrant under it’s most prestigious series Xperia as,”Sony Xperia Z”. Sony Xperia Z claims to be the most thinnest tablet available across the worldwide. 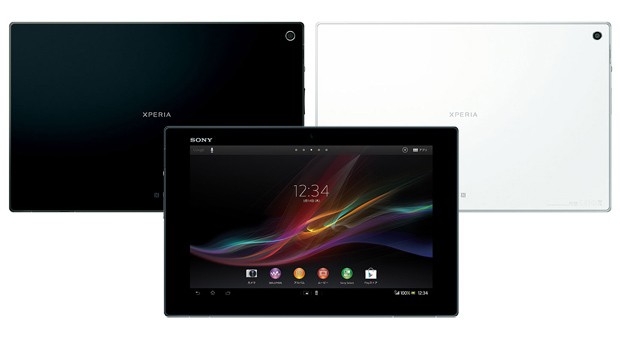 Sony Xperia Z will sport 10.1-inch TFT capacitive touchscreen display with 1920 x 1200 of pixels resolutions. To glitter the display with vibrant shades this device will be offered with 16M colors. To protect the display from water and dust this device will equipped with Shatter proof and scratch-resistant glass. Sony Xperia Z will run on Android v4.1 Jelly Bean Operating System powered with a Quad Core (Krait) processor clocked at 1.5 GHz, GPU Adreno 320. Briefing towards Sensors, Xperia Z houses Accelerometer, gyro, proximity and compass sensors. Enumerating it’s Storage Specifications, this device is coupled with 2GB RAM, and 32GB onboard storage which can be easily expanded up to 32GB. The Xperia Tablet Z is equipped with a feature – called “S-Force Front Surround 3D” – that brings together movement and sound to achieve a sense of spaciousness. In terms of Photography, Sony Xperia Z tablet sports with 8 MEGAPIXEL of rear camera, which is claimed to be the first backside-illuminated sensor Sony has put in a tablet apart form that it has also incorporated with Exmor R imaging technology and LED flash on the back.

In terms of Connectivity, Sony Xperia Z will supports features like 4G LTE as well as NFC, along with standard options like 2G, 3G, Wi-Fi, Bluetooth 4.0 and microUSB. Sony has also included its proprietary S-Force virtual surround sound technology in the tablet for enhanced audio quality.

However, there is no information regarding it’s price and availability has been disclosed yet. Sony had only revealed about the Japanese launch, where it will go on sale this spring. No word on release in other countries including India.