Adding one more tablet to the entry level tablets segment in India, Zen has launched Zen Ultra Tab A700 in India. Zen Mobile are the pioneers in bringing the affordable mobile handsets to the Indian market that are well equipped with the advanced technology. 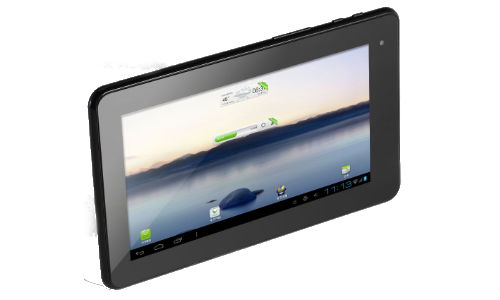 The Zen UltraTab A700 3G comes along with a 7 inch 5 point multi-touch capacitive touchscreen display with 800 * 480 of pixel resolution, this device will run on Android 4.0 Ice Cream Sandwich Operating System powered with 1.2GHz ARM Cortex A8 processor and 512 MB RAM. At launch event of the tablet, company officials from Zenfocus stated, “the tablet is intended for general as well as for enterprise customers. The tablet is based on the Android Ice Cream Sandwich platform, and has inbuilt 3G support to provide high speed connectivity”. Specifying in terms of Storage, as with other budget tablets in market, this device too comes with 4GB of Internal memory which can be expanded up to 32GB with and a micro SD card. In the field image optics, Zen Ultra Tab A700 os provided with a mere 1.3 MEGAPIXELS of front camera which can be used to make video calls. Highlighting towards it’s Connectivity features, Zen Ultra Tab A700 is specially designed to offer 3G support, however it also patronized with 2G, Wi-Fi, Bluetooth, host USB and micro USB which enable the user to opt a choice to transfer data to variety of devices. You can also use 3G external dongle with device though it has inbuilt support for 3G via inbuilt SIM already.

In terms of Power, Zen UltraTab A700 houses a 3,000 mAh battery which claims to deliver comfortable backup. The price of the Zen UltraTab A700 is lodged at Rs 9,499 and is made available in all the leading online retailers in the country. This device will give direct competition to tablets with voice calling feature including Micromax Funbook Talk, EAFT D70P, iBall Slide 3G 7334 and few others.

Zen Mobile is a brand of Telecare Group which has expertise in managing and distributing the best mobile brands in India for over 15 years now and is now gaining acceptance through new technology adapter and online buyers. It will be interesting to see how Zen A700 will attract more importance than the other existing companion in the market.