Counted among the leading pioneers of gadget industry worldwide familiar to us as Samsung Corporation is in the news once again. Samsung is always in the race to attain the top position in terms of introducing new innovating features and specifications in their consumer goods and products. And to continue this legacy, Samsung has unveiled the Samsung Galaxy S4 Zoom , a new version of it’s flagship smartphone. 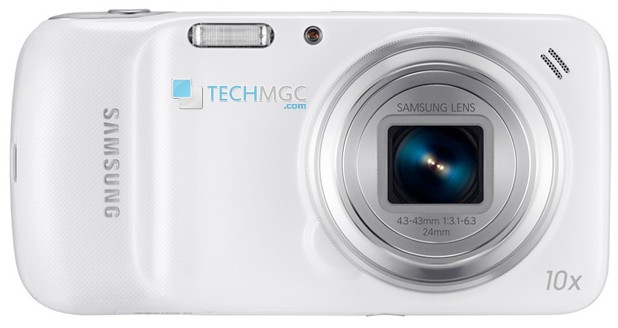 Being in rumors from long for its a actual optical zoom camera and phone fusion concept by Samsung, this device has been officially unveiled from revealed pictures of this new version of Samsung Galaxy S4 as S4 zoom, it looks like a combination of Samsung galaxy S4 Mini and the Samsung Galaxy Camera. This new version of Galaxy S4 smartphone will definitely lure Samsung fans as the company has finally lifted the covers from a device which on one side provides a familiar smartphone interface and on the other side is supported with an ultra-smart camera.

Under the hood, on the phone side Galaxy S4 zoom sports a decent 4.3 inch of Super AMOLED Touch Screen display panel with 960 * 540 of qHD resolution. In terms of Platform dependency, this device sails on Android 4.2 Jelly Bean Operating system powered with a Dual Core processor churning at a clock speed of 1.5 GHZ. From the sources, we came to know that the processor supported for this device could be the Exynos 5210 for the HSPA+ version and Snapdragon S4 for the LTE version. Dealing with it’s Storage specifications, it is equipped with 1.5 GB of RAM for both the version, 8GB of Internal memory which can be expanded up to 64 GB via microSD card slot. 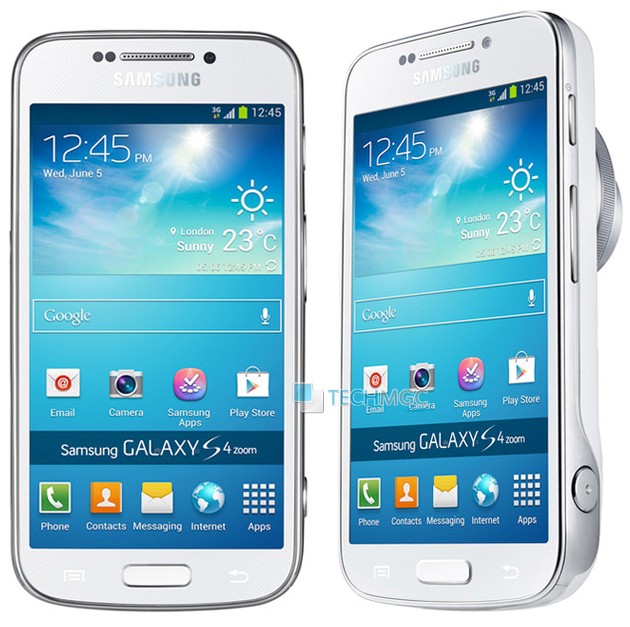 This device houses with almost all the latest connectivity specifications, it supports 2G Class 12 GPRS/EDGE, 3G with HSPA+ speed up to 21 Mbps, Bluetooth v4.0, Wi-Fi802.11 b/g/n, micro USB, NFC, Wi-Fi( Direct,DLNA ), HDMI, GPSA-GPS with Google Maps. For voice calling support, it will be offered with a micro SIM card slot. To make the life going on for this handset, it comes with 2330mAh of battery.

JK Shin, CEO and Head of IT & Mobile Communications Division says, “The Samsung GALAXY S4 zoom represents yet another step forward in the way Samsung is working to enhance the lives of our customers around the world.” The S4, no doubt, is yet another example of how Samsung could be trying to make it big in the smartphone picture-taking industry. Last summer, the company unveiled the Samsung Galaxy Camera, which also supported optical zoom.

Apart from these modes there are two starring feature which known as Zoom Ring and Photo suggest . Zoom Ring basically works like if you’re on a call, for example, and spot something you want to share, twist the Zoom Ring to activate an in-call photo share feature. Then just snap a photo and send it via text to the person with whom you are talking. According to Samsung, “the Zoom Ring can be used to activate the Quick Launch and Shortcut features, giving you instant access to multiple camera modes including Auto, Gallery and Smart Mode with a simple twist.”

The second feature but not the least known as Photo Suggest will connect users to a library of public images for inspiration. However, the release date and price of Samsung Galaxy S4 Zoom are yet to be disclosed. Although, you can expect the release to happen by the third quarter this year.

We assumed it’s price tag close to Samsung already launched Galaxy camera. This device is super sleek and weighs 208 gms and measures 125.5 x 63.5 x 15.4 in terms of overall dimensions which makes it a nice and portable option to go for. What you all guys think, share your views with us.