The Indian telecom and broadband industry is witnessing dramatic changes with recent advent of new player which is forcing existing players to upgrade their offerings. Recently BSNL increased the minimum broadband speed to 4 Mbps from the current speed of 2 Mbps. However, there is a catch that speed after FUP is still kept at 1 Mbps only.

The telecom company has announced that these upgrades will come without any added costs for all existing and new subscribers across India who have data plans (Fixed Monthly Charges) of 675 and above. 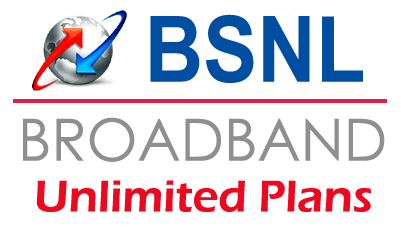 With the boost in the initial download speed, BSNL is also increasing the FUP high-speed data limit by up to 250% of many plans. The revised high-speed data with the 20 GB plan will now be 70 GB.

They are offering some very attractive plans right now. Like the starter plans for new subscribers, “Unlimited Broadband at Rs 249”. This plan is going to offer you 300 GB broadband data at 2 Mbps until the daily data limit of 10 GB is reached. After reaching the daily 10 GB limit, the subscribers will still get unlimited internet access at the speed of 1 Mbps. They are also offering unlimited calls to any number in the country from 9 pm to 7 am.

For new broadband connections you can contact BSNL Customer service centers at 1800-345-1500.