New Iris n350 has been launched by Lava mobiles under it’s sub-brand name Iris. Iris n350 is an android 2.3.6 Smartphone which runs on a 1GHz processor. This is a new entrant in budget Android phone.

The New Iris n350 is dual SIM Smartphone but it does not support 3G connectivity but it does support WiFi, GPRS/EDGE and Bluetooth. In terms of camera, it comes with 2 mega-pixel camera at the back and a front camera of about 0.3 mega-pixel which can be used in voice calling using applications like skype. 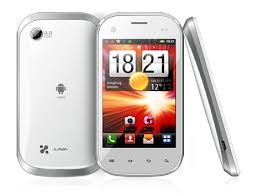 It’s a full touch-screen smartphone with a screen size of 3.5 inch. Lava Iris n350 also has some other nice features such as proximity and gravity sensors along with that it comes with a 1300mAH storage. The price of this smartphone is 4,499 and presently it is now available only through snapdeal.

By launching another Android based budget phone in the market, Lava is trying to target younger generation and providing them another option in terms of entry level smartphones.